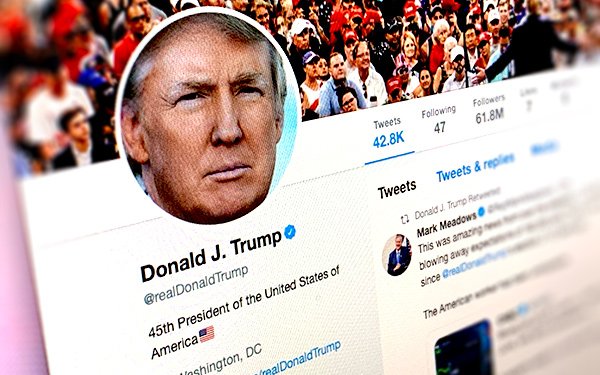 Siding against the White House, a federal appellate court in New York voted 7-2 to leave in place a decision that President Donald Trump violated the First Amendment by blocking critics on Twitter.

The move, announced Monday by the 2nd Circuit Court of Appeals, could set up a showdown at the Supreme Court over public officials' use of social media.

The legal battle over Trump's use of social media dates to 2017, when the Knight Institute at Columbia University sued Trump on behalf of seven critics who were blocked by him on Twitter. The organization argued that Trump violated the critics' free speech rights.

U.S. District Court Judge Naomi Reice Buchwald in New York agreed with the Knight Institute and ruled that Trump acted unconstitutionally by blocking people based on their viewpoints.

The panel judges noted that since becoming president, Trump has used the account almost daily to communicate about his administration -- including to announce new policies and cabinet level staff changes.

The Justice Department then urged the 2nd Circuit for a new hearing in front of all or most of the circuit's judges.

On Monday, the 2nd Circuit denied that request, with two judges -- Michael Park and Richard Sullivan -- dissenting. Park and Sullivan were both appointed by Trump to the 2nd Circuit in the last two years; Sullivan was previously appointed to the Southern District of New York by former president George W. Bush.

They said in a 14-page dissent that Trump did not exercise “state authority” when he blocked critics.

“Because Twitter is privately owned and controlled, a public official’s use of its features involves no exercise of state authority,” Park wrote in an opinion joined by Sullivan. “The President was not a state actor when he blocked users from his personal account. He could block users from that account before assuming office and can continue to do so after he leaves the White House.”

They added that the ruling against Trump could leave public officials vulnerable to online abuse.

“Our decision in this case will affect how public officials may use social media, making them less able to defend themselves from hate and harassment,” Park wrote. “It seems likely to me that this decision will have the unintended consequence of creating less speech if the social-media pages of public officials are overrun with harassment, trolling, and hate speech, which officials will be powerless to filter.”