Why COVID-19 Is Like Being Stranded In The Arctic, And Why You Shouldn't Freak Out

The decisions governments have, are and are about to make in response to the pandemic -- not any moves made by brands, agencies or media companies -- are the No. 1 factor that will influence how the ad economy responds to the recession. That was the main takeaway from leading industry economists speaking during a “virtual” Town Hall hosted by the Advertising Research Foundation midday today. And based on government responses to date, the outlook was decided mixed among those experts, especially GroupM Business Intelligence Global President Brian Wieser, who bucketed them into three categories of efficacy: from “immediate, appropriate, aggressive steps” like China’s to those who “messed up” initially and keep messing up.

While Wieser did not explicitly say which bucket the U.S. so far has fallen in, it clearly was not

“I started following what was happening with some horror, going into complete freak-out by early February, followed by some relief,” Wieser told attendees during the ARF’s Town Hall, the second the foundation has held on the impact of COVID-19 in as many weeks.

The reason for Wieser’s relief, he said, “is a really important point for the rest of the world to be aware of,” because “China has turned the corner and that they can see a path toward normalcy.”

Wieser described China as a baseline for other governments looking to contain the pandemic, as well as it’s impact on their economies and industries, but indicated the responses of other governments worldwide so far has been inconsistent, ranging from quick, decisive social distancing efforts by Asian nations such as Japan, Singapore and South Korea, as well as China, to more tepid and inconsistent actions by some Western nations.

While containment of the health crisis, and especially its impact on humanity, is the biggest factor, Wieser said the economic policy responses also are a big variable. He, as well as the other experts -- Needham & Co.’s Laura Martin and Ebiquity Chief Strategy Officer Christian Polman -- concurred that focusing on the “liquidity” of small businesses was the most important response to the economic crisis, because they are most vulnerable to the social displacement effects of the pandemic.

The main focus of some governments, including the U.S., however, has been on big business, which the experts implied was something of a legacy reaction to past recessions like the 2008 financial crisis.

Needham & Co.’s Martin noted liquidity crisis for small businesses was particularly concerning for the digital media industry, and especially for Google, because 70% of its business comes from “the long tail,” or small business advertisers.

She also indicated digital media would be most immediately impacted, because it is much more elastic in terms of advertising budgets, noting it’s entirely “scatter,” or short-term advertising commitments.

Ebiquity’s Polman drew on extensive historical data detailing how brands were impacted and responded in past recessions and making the case that brands that “maintained” or increased ad spending and share of voice, actually grew their market share considerably coming out of past recessions. He also suggested they should focus their marketing budgets on their brands vs. performance media and to avoid consume promotions, which actually erode brand equity during recessions.

Ultimately, Polman echoed Wieser’s point about the need for decisive leadership during the current crisis -- whether it is from governments or the private sectors -- and said brand marketers had a lot to gain by taking leadership roles, showing numerous examples of brands that have already stepped forward with product innovations (liquor companies reengineering to make hand sanitizer or auto brands offering zero-percent financing) or messages that reassure their consumer audiences.

That said, he chose a remarkable image to illustrate his point about the role of leadership in this crisis: a picture of arctic explorer Ernest Shackleton leading his stranded crew to pull a lifeboat across the arctic tundra on Christmas Day 1915.

“I chose this example, because I thought of this when I started seeing memes showing up online from ‘Day Two of isolation,’ you know, jokes that people were going crazy. Obviously, that's a great entertainment, but we have to keep in mind the situation that was here, which is this is day 341 [of Shackleton’s crisis ]. So this is a story of true leadership and a cooperation.” 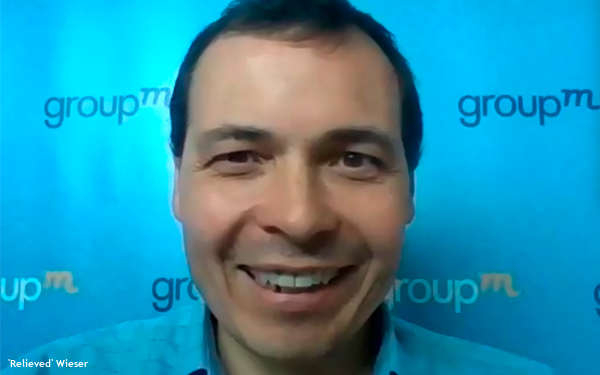 You can watch the Town Hall here: