Cover Story: All The News Barely Fit For Print 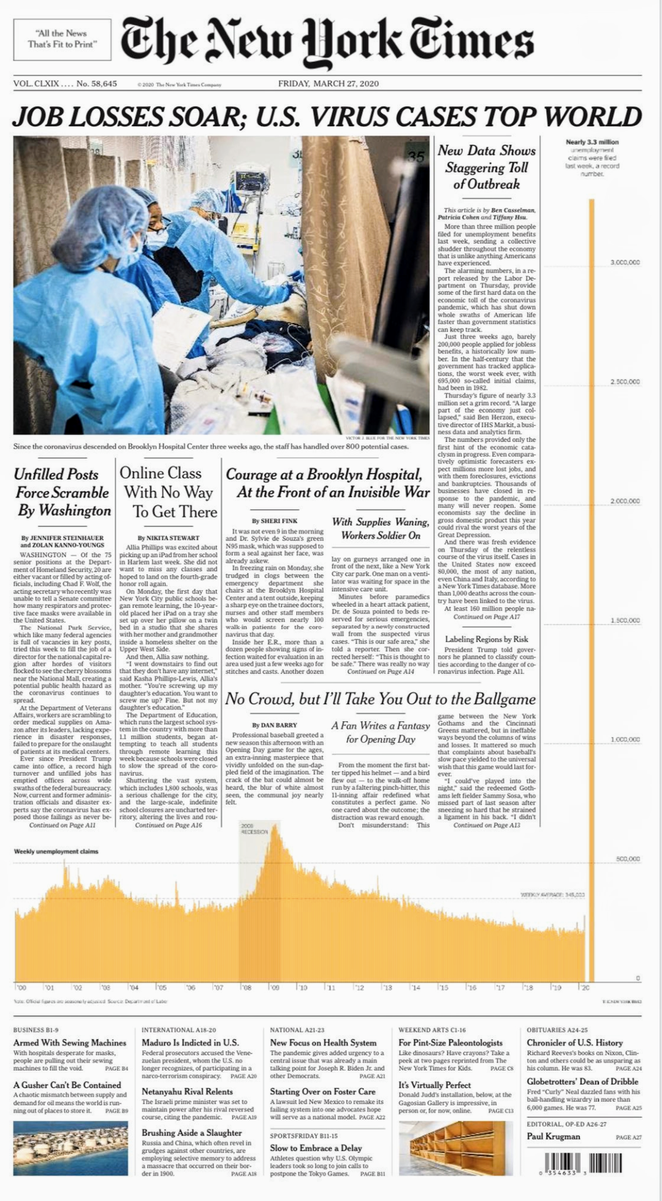 In an unprecedented graphic alteration of its front page, today's print edition of The New York Times takes over the entire length and all six columns of width to display a chart depicting the record 3.3 million surge in unemployment claims announced this week.

The chart shows a horizontal bar chart of unemployment filings running from 2000 to March 2020, including the Great Recession, ending with a sudden spike on the right side of the 22 by 12 inch broadsheet.

A more easily readable digital version of the chart is shown below. 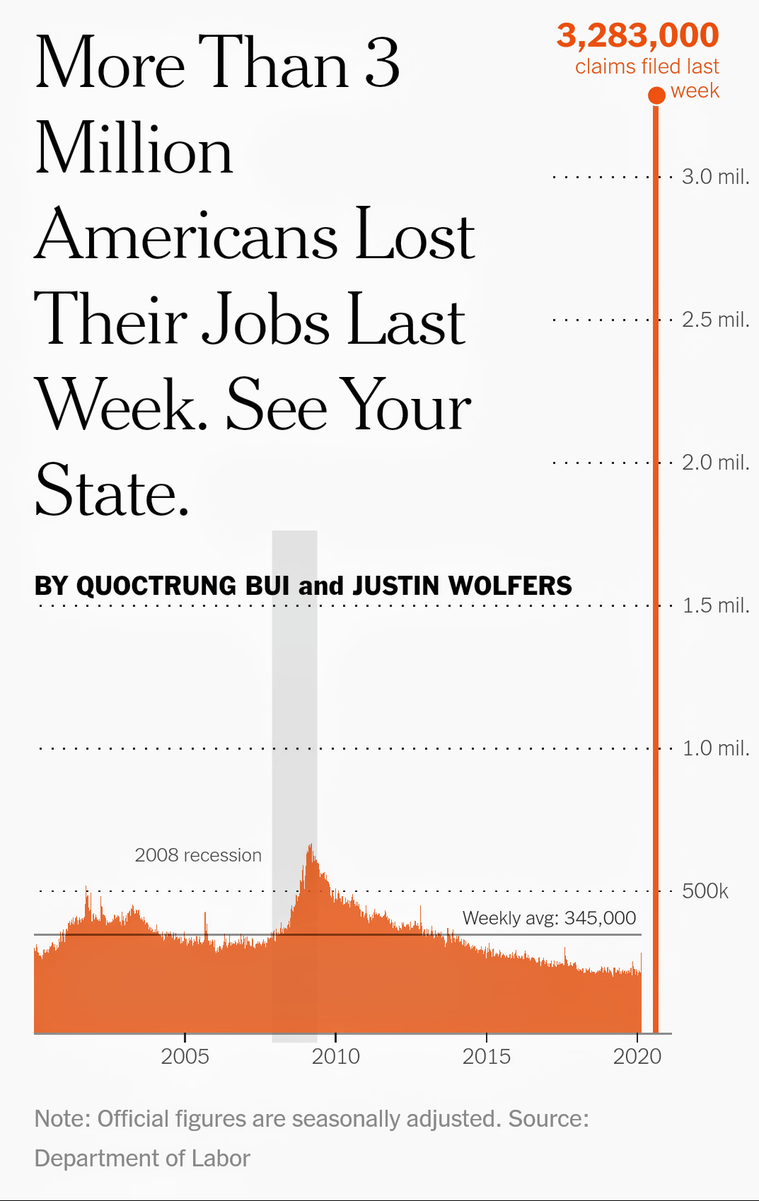 employment, health, news, newspapers
1 comment about "Cover Story: All The News Barely Fit For Print".
Check to receive email when comments are posted.
Next story loading