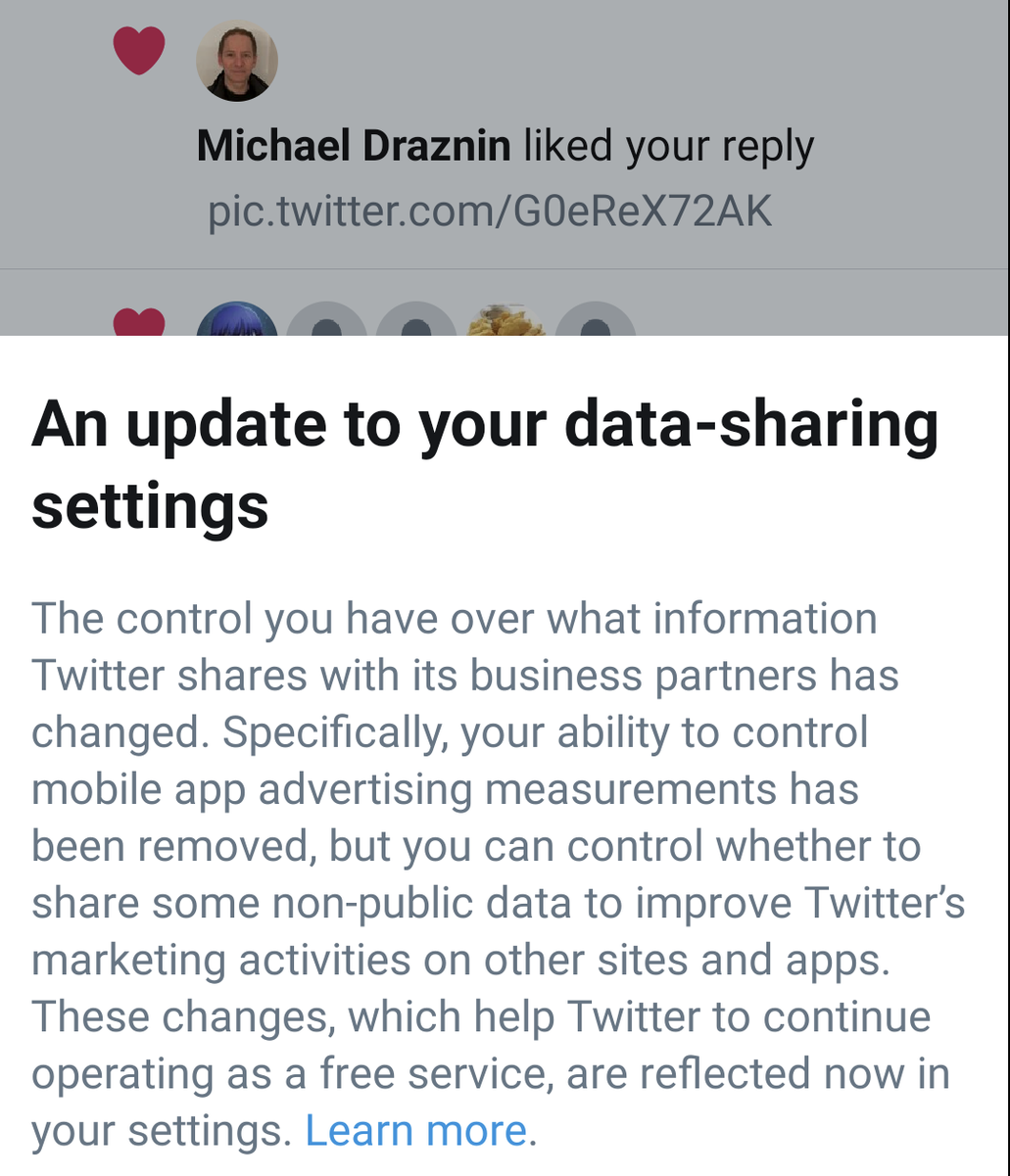 Reversing course, Twitter will no longer let users block advertisers from accessing all of their personal information.

From users’ ad-viewing history to their phones’ tracking identifier, Twitter has modified a setting that prevented it from sharing some information with advertisers.

Perhaps trying to preempt a backlash, Twitter is telling its entire community about the shift, this week.

“The control you have over what information Twitter shares with its business partners has changed,” according to a note appearing on the pages of users. “Specifically, your ability to control mobile app advertising measurements has been removed.”

Twitter essentially said the shift will be good for its bottom line. “These changes [will] help Twitter to continue operating as a free service,” it is telling users.

Without the extra ad revenue it can command a result of the additional data sharing, Twitter is saying it might have been forced to charge users for its app. More broadly, a Twitter spokesperson said the change is “part of our ongoing work around transparency and control.”

Twitter will still let users control whether to share some non-public data, which it said can help improve its marketing activities on third-party apps and mobile sites.

Citing interruptions to its business resulting from the COVID-19 crisis, Twitter recently withdrew its first-quarter revenue and operating income guidance, as well as its full-year outlook for expenses, stock-based compensation, headcount and capital expenditures.