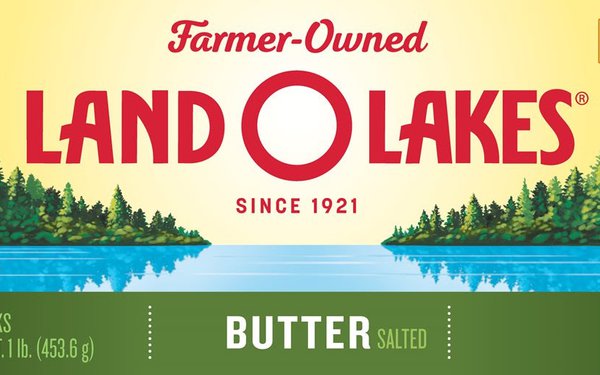 After Land O’Lakes quietly removed Mia, the Native American woman who has been prominent on its packaging since 1928, The Wall Street Journal editorial board took notice in the form of a mock obituary.

“Mia wasn’t an ugly stereotype. She was a sweet-looking woman holding a box of Land O’Lakes butter, on which she also appeared, recursively. If your face was on the side of a food package, wouldn’t you be proud to show it off? But in America in 2020, a box of butter is never just a box of butter,” it wrote last Monday. “What’s next, a protest that Lucky Charms trades in stereotypes and appropriates Irish-American culture?”

The decision has been a controversy tailor-made for Twitter since it was obliquely announced in a news release by the farmer-owned cooperative in early February, and it has exploded over social media in recent days.

“As Land O’Lakes looks toward our 100th anniversary, we’ve recognized we need packaging that reflects the foundation and heart of our company culture,” Beth Ford, president and CEO of the Arden Hills, Minnesota-based company proclaimed. “And nothing does that better than our farmer-owners whose milk is used to produce Land O’Lakes’ dairy products.”

“In announcing the change, the company made no mention of the removal of the Native American woman. Some products, including stick butter, will include photos of Land O'Lakes farmers and co-op members and copy that reads ‘Since 1921' and ‘Proud to be Farmer-Owned: As a farmer-owned co-op, we stand together to bring you the very best in dairy,’ the company said,” CNN’s Mallika Kallingal writes.

“For Native Americans who have long criticized the use of Indian mascots, the change is a welcome one,” writes  Max Nesterak for the Minnesota Reformer.

“‘It’s a great move,’ said Adrienne Keene, a professor at Brown University, author of the popular Native Appropriations blog and citizen of the Cherokee Nation. ‘It makes me really happy to think that there’s now going to be an entire generation of folks that are growing up without having to see that every time they walk in the grocery store,’” Nesterak continues.

Minnesota Lt. Gov. Peggy Flanagan, a member of the White Earth Band of Ojibwe, also praised the change, Chelsea Steiner points out  for The Mary Sue.

“Native people are not mascots or logos. We are very much still here,” Flanagan tweeted.

That’s not to say that all Native Americans feel that way, of course.

“I have Native American heritage and this doesn’t offend me. I think it was sort of nice to portray the Indian maiden as the icon of a very successful brand. One day there will be no differences in people anyway and the melting pot will erase some of the interesting features of some of our people all over the world,” Rhonda Blackburn comments below a Mashedvideo report of the controversy on YouTube.

“And then, of course, there is the response from the Trump-supporting MAGA-loving crowd, who are furious about the logo change, and blaming it on ‘political correctness,’” The Mary Sue’s Steiner observes.

“Of course, the pendulum swings both ways … with many people getting astoundingly pissed about the pivot to ‘PC culture’ -- including one Twitter user who had some choice words,” a TMZ post reads.

“The lady’s tweet -- which has resurfaced and since gone viral -- reads in clear terms, ‘Land O Lakes can kiss this butter buyer's ass. My family has been a Land O Lakes family since I can remember. No more. I'm fine with the store brand from here on out,” it continues. "Your virtue signaling lost you some good customers who were willing to pay more for your product. BuhByeLOL.”

GMA’s Kelly McCarthy compiles some of the recent tweets on all sides, writing: “While it's not officially clear why the sudden surge in interest hit social media, lots of users have shared photos on Twitter of the updated logo while staying home amid the coronavirus pandemic.”

Leala, an Oglala Lakota woman whose father was born and raised on the Pine Ridge Indian reservation in South Dakota, will have the last tweet here: “my dad really snapped with this whole land o lakes thing,” she wrote above a screenshot of his comment.

“Finally got rid of her. But kept her land,” he’d typed.