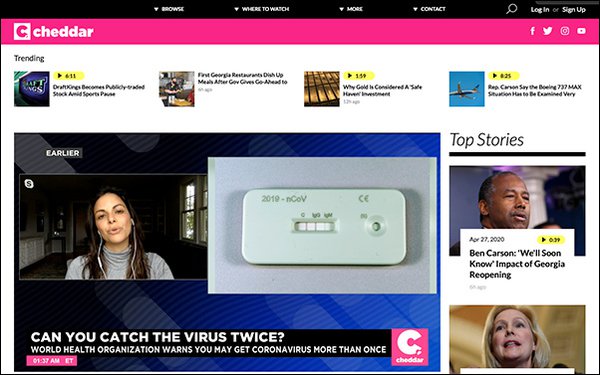 Digital video news brand Cheddar has closed its Los Angeles studio, as well as implementing a round of layoffs.

Cheddar has two live-stream channels, one for business (Cheddar Business) and another for general news (Cheddar News).

On Friday a spokesperson told TheWrap, which first reported the news, that the company is consolidating the channels into one.

The Cheddar has offices in Los Angeles opened in mid-2017. It is unclear how many employees were affected by the layoffs.

Cheddar was founded by former BuzzFeed president-COO Jon Steinberg. It was created for millennials and Gen Z who do not pay for cable news but want to watch business and news coverage.

Cheddar’s shows are available on social media and platforms such Sling, Amazon, Vimeo, Xumo, Pluto TV, YouTube and Hulu Live, as well as 60% of smart TVs in the U.S., according to the company.