Pandemic Revived Interest in Some Entertainment Forms, But Not Albums 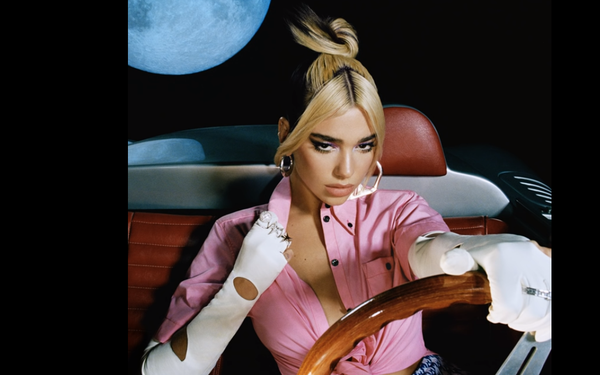 Seemingly forgotten hobbies are suddenly thriving during the lonely days of quarantine.

Local TV is doing well. Retailers are running out of jigsaw puzzles. And Cindy Crawford, it’s been reported, is playing backgammon by herself.

Craft supplies have been selling so fast that a Walmart executive guesstimated last month the discount chain had also sold 30 million popsicle sticks, which have many fun DIY uses.

Then there are music album sales. Nothing much going on there.

Billboard reported that album sales -- that’s sales of vinyl, cassettes, CDs and even digital albums -- -fell 29% the week of March 19, with just 1.52 million sold. NIelsen says that’s  the lowest since it began tracking, and Billboard says that’s the lowest since albums began becoming a popular way to package music, back in the 1960s.

What’s more, the sale of physical albums -- what Mom and Dad used to buy in all the popular forms -- fell to less than one million that week, the first time that has happened since 1991.

Things have improved some, particularly in digital formats The week after that dismal mid-March sales performance,  total album sales ticked up, but just slightly. And the sales of digital albums increased to 811,000 sold, Billboard reported, the best since last September.

This surge is a little misleading. Billboard also reported that part of the digital album uptick was spurred by the death of Kenny Rogers on March 20. Sentimental fans bought 17,000 Rogers albums in a six-day period.

What’s tough for physical album sales these days is that many of the already-few record stores are closed, and many customers aren’t venturing out, anyway. Then there’s just the fact that record albums in physical form just aren’t very popular anymore.

At the Dusty Groove in Chicago, a recorded message informs callers the store is closed and its website is running, but with a reduced staff. On the site, an optimistic soul has written at the top, “Music is the healing force of the universe.”  On Twitter, though, one tweet capsulized these times: “Just received 6 new #vinylrecords in the mail.  Time to wash them and listen to them.”

Sales of physical albums had been seeing some encouraging growth until the pandemic. CD sales were down, but not as much as last year. And the sale of records, favored by old hippies and young hipsters, actually went up 45% in 2019.

Meanwhile, the annual nationwide Record Store Day, scheduled for April 18, has been pushed back to June 20.