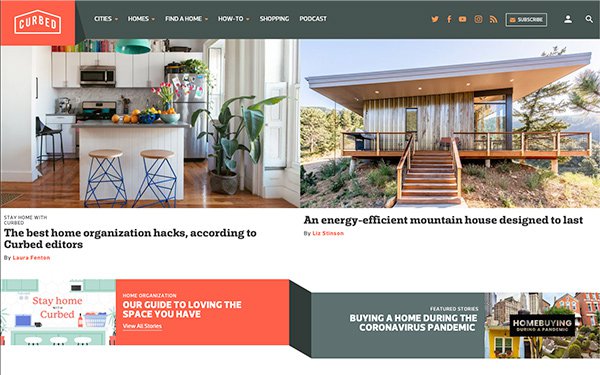 Real estate-focused site Curbed will fold into New York Magazine on May 1.

According to multiple reports, Curbed will maintain its own URL, but also appear on New York's homepage and site navigation, similar to other standalone publications like The Cut and Vulture.

Curbed editor-in-chief Kelsey Keith announced last week she was stepping down, just as Vox Media, given the financial pressures brought on by the COVID-19 pandemic, cut back its workforce.

The company is furloughing 9% of staff and implementing tiered salary reductions for employees making over $130,000.

On Tuesday, Curbed announced its city publications in Atlanta, Austin, Boston, Chicago and Detroit will stop publishing during the furlough period.

Vox Media's furloughs will last from May 1 to July 31.

In December, the publisher shut down Curbed's sites for Philadelphia, New Orleans, Seattle and Washington, with plans to expand the Austin and Boston sites.
online publishing, real estate, web sites
Next story loading