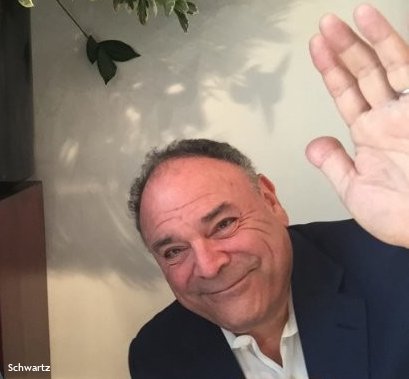 Schwartz has been the most senior communications executive for 22 years, ending his career at CBS two years ago. He came to CBS in 1996, from Westinghouse Broadcasting Group, a company he had been with for 14 years.

In addition, Schwartz has been long-time author and columnist under the pseudonym Stanley Bing -- writing about corporate life and other topics. He penned 13 books and had a regular column in Fortune magazine.

"For the better part of three decades, Gil Schwartz led CBS Communications with creative flare, craftsman-like expertise and an abundance of personality,” CBS said in a statement. “He was a counselor to senior management, a mentor to future PR executives and a popular presence in every hallway."

Schwartz retired from CBS in November 2018 after a major corporate furor erupted where his longtime boss, Les Moonves, chairman/chief executive officer of CBS resigned in September of that year after sexual misconduct allegations.

In 2019 Viacom and CBS announced a re-merger of the two companies, finalized in December of that year.