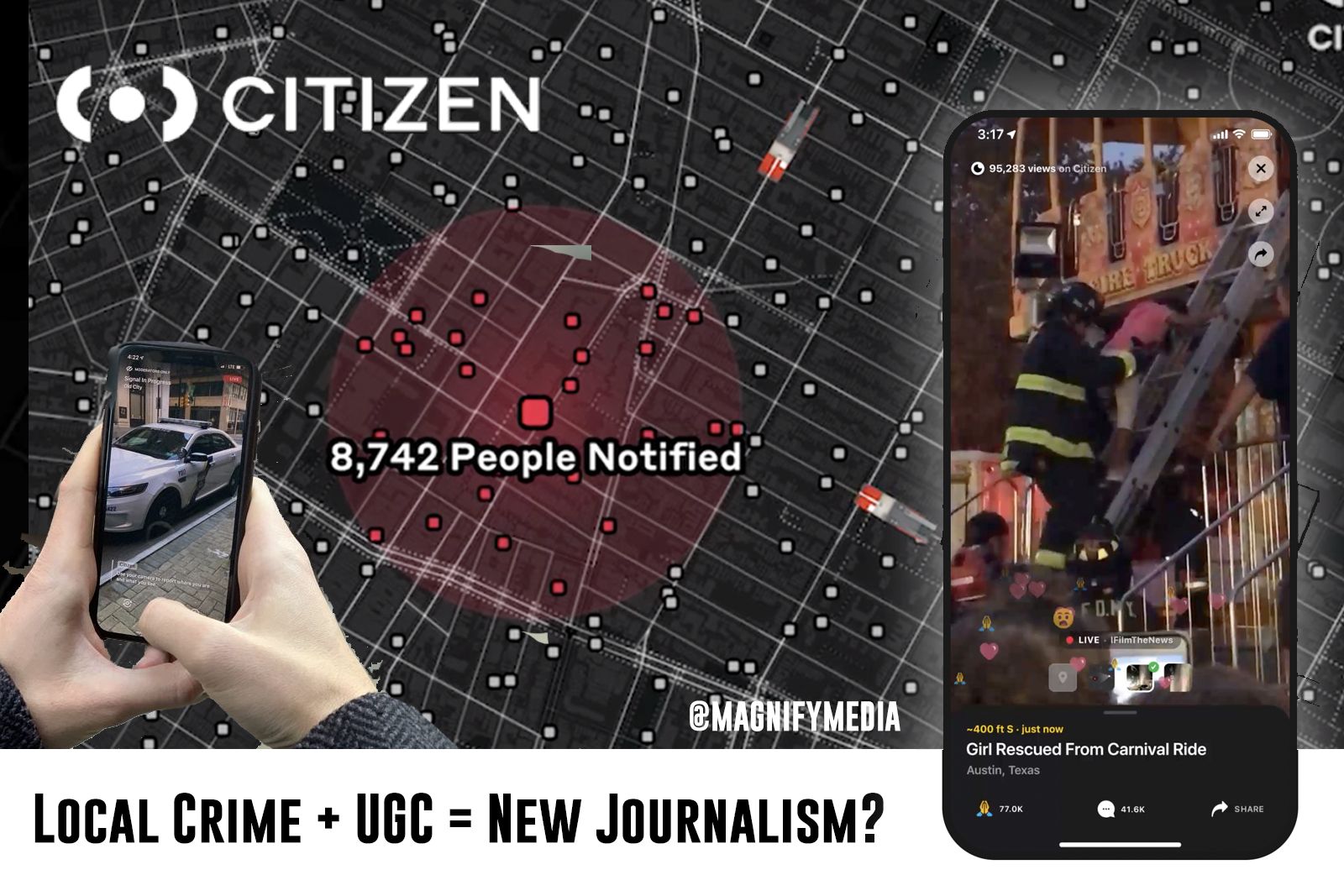 From my apartment in New York, I can hear sirens. I’ve always wished there were different sounds to differentiate ambulances  from fire trucks and  police cars. And, honestly, different  tones for different situations, from “hey, we’re going to roll and check this out” to “this is bad, really bad.”

Not likely to happen. But now there’s an app that shares local crime information in a novel way. As New York lurches from almost unrealistic calm to an impending sense of civil unrest, having real information is no longer a luxury, it’s a necessity.

Citizen describes itself as "the only safety app that gives you instant access to verified 911 information. Know what’s happening as it’s happening, from fires and robberies to missing pets and natural disasters.”

It’s also free, which is certainly a plus.

"Citizen is on a mission to make your world a safer place,” the company says, adding that “We believe in giving people a way to use their phones to protect a neighbor, to prevent a tragedy, and to count on one another. And to create a safer world for each other, with each other."

Citizen is a mobile app. Its staff listens to local police, fire, and ambulance radio reports, transcribes them, and feeds out alerts to app users. So, you get a notification that, say, “Police are responding to a fistfight 2 blocks away from your current location.”

But then things get a bit more complicated. Citizen was formerly known as Vigilante. Yes, you read that right. Vigilante had a short life span. In November, 2016, the app was pulled from the App Store about 48 hours after it launched due to safety concerns. It was rebranded and returned in March, 2017.

For users close to an incident, a "record" button appears on screen to allow live-streaming. Users are not paid for videos. So, what begins as a public service morphs into so-called “citizen journalism,” with video and then often a long string of comments from neighbors and onlookers.

On July 15, 2019, Forbes reported that Citizen had over a million active users. The company has raised $12.2 million in Series A funding. William Bratton, who had been opposed to the app in 2016 as New York City Police Commissioner, around that time joined Citizen's board of directors.

By March 2019, around 100,000 live videos had been recorded using the app. The New York Times reported that Citizen footage was provided to television stations for free, with more than 100 of those videos being used on local news broadcasts on a weekly basis.

To "ensure there are no graphic images," Citizen's moderators review all uploaded photos and videos, filtering graphic images and comments that are derogatory, racist, or explicit.

But what makes Citizen complicated is that it isn’t news, it’s aggregated data, and then user-generated content. It’s often information you wouldn’t know, but can not now “unknow.”

“Sometimes it makes me feel paranoid and afraid knowing that there is a lot that goes on,” Analia Acevedo, a 22 year-old who lives in East Flatbush, Brooklyn, told The New York Times.  “It does give me some comfort knowing my surroundings, but I’m always torn between wanting to know and see everything, or to have that blind eye toward everything,”

So on my Citizen App, in the last three hours:

The headlines are often dramatic and intriguing, while the comments that follow are often disturbing.

So, for example: “4 Women Fighting” is followed by a string of comments: “Classy,” “Probably over a guy,” “Sad bitches go home," and the lengthiest one: “they are probably hiding for some guy. he’s an abusive deadbeat with a drug problem but for these ladies, i’m sure that a catch.”

Which begs the question, is this a public service, or the latest incarnation of reality TV, with people watching police reports and then making snide comments about people in trouble?

Citizen is a natural evolution. Reports from police radios were always in the air if you had a scanner to listen. And now with smartphones able to broadcast your GPS location, connecting 911 calls with your neighborhood seems inevitable.

But by offering people the ability to record video and comment on crimes in progress, we’ve turned public service into a prurient new kind of entertainment. Crime from a civilian peeping Tom isn’t a service, it’s a dangerous acceptance of a new morality.

Citizen could fix this easily, and simply remove all comments that aren’t factual or service-oriented. But audience size matters, so they won’t.

So is local crime news service journalism, or reality TV that heightens fear and provides little context or relevant reporting? That’s for you to decide.