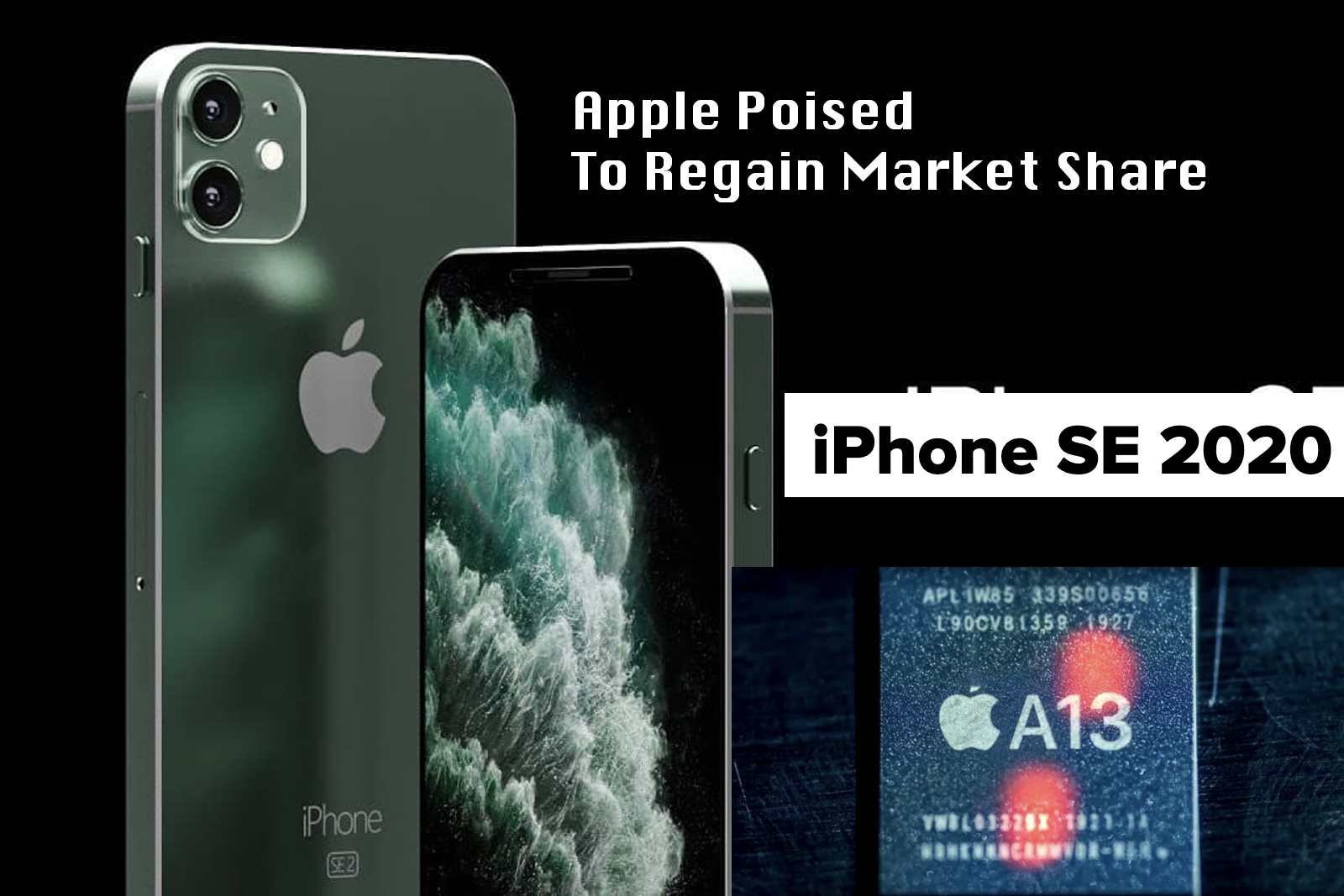 You have to wonder sometimes if the folks at Apple have a crystal ball. Seriously. Because way back when — more than a year ago — Apple put in motion the plans to fabricate and deliver the SE 2020.

Did company strategists know that the mass market appetite for a $1,000 phone was nearing its end? Certainly, they knew that there was a large user base of iPhone users who had held off on the last few upgrade rounds, and were now carrying aging hardware in their pocket rather than shell out big bucks.

Then along came COVID-19, and all of a sudden the SE 2020 looks flat-out brilliant. Apple hadn’t refreshed the  SE line since 2016, so it was long overdue.

With a four-year gap between the new iPhone SE and the older one, Apple brought many upgrades, including wireless charging, better camera specs, and water resistance. Surprisingly, it comes with the same A13 processor as the iPhone 11 phones. And you'll save $300 outright compared to the price of the iPhone 11, whose cost starts at $699.

What do you care about in a new iPhone? Battery life for sure, camera quality, probably. Before the new SE2020, you would have had to switch to Android to get a phone in the $399 price range.

The SE2020 has a 4.7-inch screen with big bezels above, and a still very popular home button on the bottom, with a fingerprint sensor embedded in it.

So how is Apple managing to get a new phone built and delivered, given the changes in every piece of the supply chain impacted by COVID-19?

Historically, Apple purchases components and materials from a wide array of suppliers. Suppliers ship them directly to China (mostly to Hon Hai Precision Industry Co.) and then consumers who purchase phones on the Apple web site get their finished goods drop-shipped from China to them via UPS or FedEx.

Apple is masterful at keeping inventory to a minimum, with precision demand projections and just-in-time ordering and delivery.  “Inventory is fundamentally evil,” CEO Tim Cook is famous for saying. Of course, Apple has distribution channels that require inventory, such as Apple Stores. For retail distribution channels, Apple stores product at its central warehouse and call center in Elk Grove, California.

It’s unclear how the shutdowns in China and Malaysia will impact Apple. Production of the new iPad Pro and two new Macs were coming off assembly lines in January before the shutdowns were having a significant impact. Apple’s iPhone 12 with 5G wireless capabilities is slated to launch in the fall, and Bloomberg reports that remains on schedule.

Those devices likely started in early January, before the worst effects of China’s virus lockdown in February, according to people familiar with Apple’s supply chain.

So how did Apple manage to get such a timely low-cost device into the market when consumers are strapped for cash, but also increasingly living on their devices? While Apple is famously impenetrable about how it prices its products, we do know that historically it has huge margins on iPhones.

Forbes has reported that the 2018 iPhone XS Max was priced at $1,250 but costs Apple just $450 to produce, netting a fantastic 200% profit margin. So one could imagine the SE 2020 was internally priced at some optional costs, with a $699 or even a $599 device option before the global market convinced Apple that a $399 phone could be a best-seller, and take away market share from Android.

Also, remember that the SE2 2020 is built on the 2018 form factor, so there were cost savings in not having to retool the existing hardware or other elements. It’s also worth remembering that four years ago, the SE was released for $399 — thought with somewhat less market excitement or fanfare.

But perhaps most importantly, Apple is shifting its revenue model toward services, working to increase sales of Apple TV+, Apple News, and Apple Music. Apple’s services business raked in $10.9 billion in 2019, and Tim Cook has said that Apple was on track to double its services business from 2016 to 2020.

You could assume that Apple would be hard-hit by the global pandemic, with a global supply chain and customer base and high-priced products. But the changes in the product mix, along with growth of services, and a tight control of inventory, makes Apple look like a winner even in the challenging times ahead.