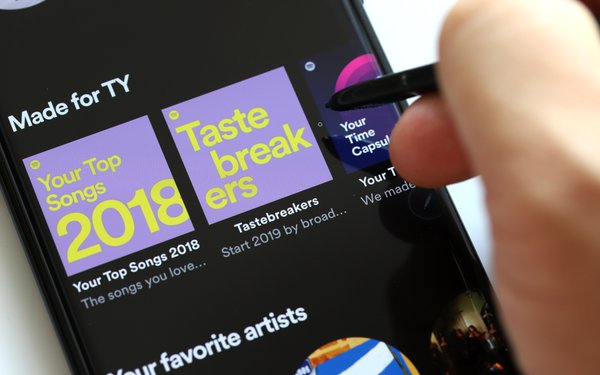 As people look for new ways to connect during the pandemic, Spotify just got more social.

With the platform’s new “Group Session” feature, premium users can now share their live playlists with each other.

Along with real-time listening, the feature offers shared queue control and what Spotify is calling other “collaboration” tools for groups of listeners.

For years, Spotify has given users various tool to share music, and collaborate on the creation of playlists.

Last year, however, word surfaced that the streaming giant was working on a more comprehensive sharing feature.

Not a novel idea, there have been numerous efforts to popularize shared-listening experiences over digital platforms.

Despite shuttering in late 2013, Turntable.fm remains the platform that most people associate with sharing listening.

Although Turntable.fm once boasted more than 1 million virtual DJ rooms, “the cost of running a music service has been too expensive, and we can’t outpace it with our efforts to monetize it and cut costs,” the company said at the time.

Facebook and other social networks have also tried their hands at shared-listening experiences, but with only moderate success.

Although Spotify is not tying the new feature directly to the pandemic, the company is closely attuned to the change impact that the health crisis is having on listening habits.

Initially, when the virus first hit particular regions, people had less time for music, podcasts and Spotify’s other offerings, the company recently revealed. Beginning in early February, that resulted in marked declines in daily active users (DAUs) and consumption, especially in hard-hit markets like Italy and Spain.

After several weeks, however, people in these areas appeared to adjust to the crisis and began craving accessible forms of information and entertainment. During this period, Spotify saw new and reactivated monthly active users (MAUs) grow substantially in major markets. (Altogether, it reached 286 million MAUs thanks to a 31% increase, year-over-year.)

Worldwide, Spotify also reported that everyday usage patterns now resemble those it once witnessed only on weekends.

From a business perspective, Spotify says its strong user growth toward the end of the first quarter reinforced its belief in a “freemium” model.

Historically, over 60% of Spotify’s premium subscribers begin as ad-supported users, so it believes that continuing to grow the top of the funnel will remain beneficial to its ecosystem. (At the end of the first quarter, it boasted 130 million paid subscribers, thanks to a 31% increase, year-over-year.)
audio, social media
Next story loading