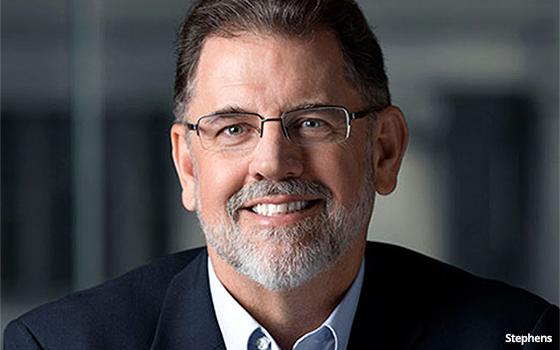 HBO Max is set to launch on May 27, amid unprecedented economic and societal disruption, including shifts in media consumption.

But AT&T remains confident that the SVOD’s value will carry the day, despite a comparatively high $14.99-per-month price tag, AT&T executive vice president and CFO John J. Stephens said during a Q&A at a MoffettNathanson investment conference on Tuesday.

Asked by the firm’s founding partner, Craig Eder Moffett, whether the unforeseeable new reality of being higher-priced than competitors at a time when many consumers will now be strapped for funds will change the marketing plan for HBO Max, Stephens said that it’s caused no significant changes to date.

“Certainly, you take everything into account in the environment, and we did an offering of some of the content on a free-trial basis last month just to help customers who may have been [exhausted with] other video offerings from other people and were looking for something fresh, new and engaging,” he said. “So that was one of the steps we took to try to respond to the environment — and also, quite frankly, to try to show people the quality that would be included.”

But HBO’s customer base has demonstrated willingness to pay that same $14.99 price already, based on the content quality, and HBO Max should be considered “a real bargain,” given that it will offer “thousands of more hours and more titles,” and is designed to appeal to a wider audience, including millennials and children, he noted.

“It’s going to be … very high quality and significant content that goes across the whole family unit as opposed to just one demographic,” he said. “As such, I think it's at the right price point, and we'll see how that plays out. And we'll try to do things differently with regard to bundling and so forth…. as we roll out more content. And, of course, see how the launch goes… We're going to be smart about it. We're going to follow it. And I'm sure we'll make adjustments and add things in or subtract things out, whatever the case may be. We'll make adjustments as we go through it.”

As for the industrywide production shutdowns that have put all new projects on hold — including the “Friends” reunion that was to be a prime attraction at launch for HBO Max — Stephens maintained that it shouldn’t necessarily have a “big impact” on the launch. Generally, new content that would have been in production in April or May would not have debuted on the service for some months in any case, he said.

But he acknowledged that “there will be some impacts over the year and potentially, depending on how long the production shutdown lasts, into the next year,” though noting that all streaming services, not just HBO Max, would be affected.

At the same time, he suggested that there might actually be an upside. “Those production activities consume a lot of cash, and as those things are shut down, a lot of cash is preserved in the interim,” he said. “So we'll see what that balance is.”