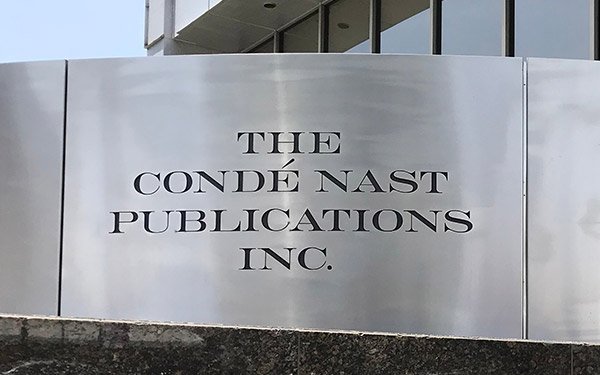 In a second round of cutbacks since April, Condé Nast is letting go of 100 employees and furloughing around the same number.

The layoffs were announced by CEO Roger Lynch in a memo sent out Wednesday.

“Today, we are taking additional cost savings actions that are specific to our U.S. teams,” Lynch wrote. Condé Nast has about 2,700 employees in the U.S.

In April, Lynch announced that employees with yearly salaries of $100,000 or more will experience pay cuts of 10% to 20% for five months, starting in May.

Condé Nast, which owns various magazines, including The New Yorker, Wired, Vogue and Vanity Fair, is also cutting the pay of senior managers by 20%.

“We’ve deferred projects and initiatives, closed hundreds of open roles and limited hiring, renegotiated contracts and temporarily reduced salaries for those with higher incomes, including our leadership team, our board and me,” Lynch wrote in the memo.

He added there will also be a handful of people with “reduced work schedules" going forward.

Employees getting the ax will receive severance packages and “job placement resources." Furloughed employees will have health-care premiums covered.

The layoffs are expected to affect employees in advertising, editorial and corporate departments, according to The Wall Street Journal.

Other magazine publishers, like Meredith Corp., have enacted pay reductions and salary and hiring freezes to weather the storm hitting the industry this spring.

Marketers are pulling back spending during the COVID-19 pandemic, meaning declining print and advertising revenue for publishers.