Skullcandy Headphones Hears The COVID-19 Fears Of Its Young Users 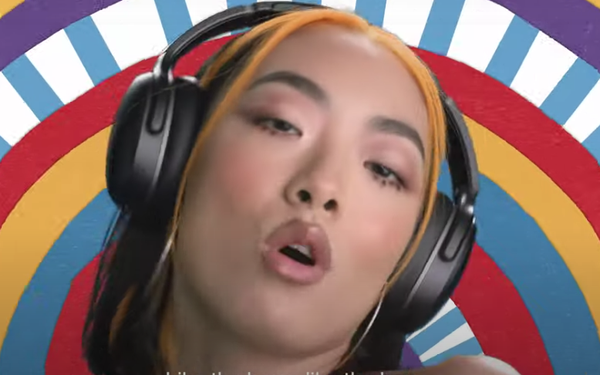 When you think of headphones, you probably don’t think immediately of snowboarding or social activism.

But Skullcandy, which likes to target its headphones and ear buds to outdoor sports enthusiasts, just reframed an existing online promotion to cheer up people suffering from depression, or worse, during the dark days of the pandemic.

The company’s already launched Mood Boost online music video series -- celebrating a new positive mood, one month at a time -- was retooled to be more specifically aimed at easing the emotional blues these times may be sparking, especially for younger people.

“Many millennials and Gen Z are really disturbed by these days,” says Jessica Klodnicki, Skullcandy’s chief marketing officer and general manager. “We wanted to listen to the voices of our consumers.”

Skullcandy also forged a relationship with the charity To Write Love On Her Arms, which helps people struggling with addiction, depression or suicidal feelings.

The combination of the Mood Boost promotion and rejiggered online advertising seems to have hit a chord with customers.  Klodnicki says its dotcom business is up 110% year-to-date over a year ago. And, during a 10-day period in mid-April, as the pandemic news got even worse, Skullcandy’s internet business was up  743%, she said.

Klodnicki previously had been the vice president and general manager for Vista Outdoors, best known for its lines of paddleboards -- a lifestyle  where she, like the company she works for, still fits.

“I would have never taken this job if it was only about marketing headphones,” she says.

Indeed, a website promotional blurb for Park City, Utah-based Skullcandy  reads that it was “founded at the intersection of music and board sports.”

Part of the new focus will also employ videos from well-known young snowboarders and skiers.

It’s hitting home with that segment, and others. In 2019, according to NPD research, only Apple had a larger share of the headphone market, measured by units sold. And, Klodnicki says, based on dollars, Skullcandy ranks fifth, behind Apple, Beats, Bose and Sony.