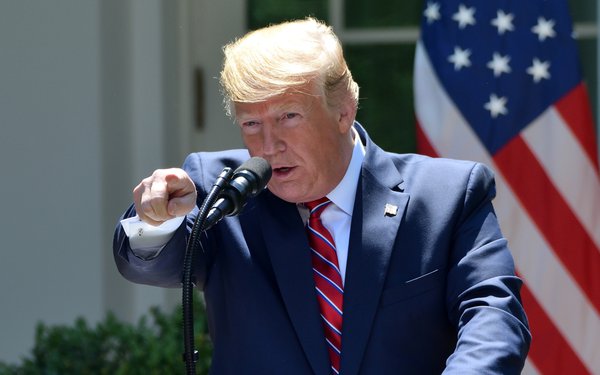 The White House is seeking to immediately appeal a recent district court decision allowing PEN America to proceed with claims that President Donald Trump violated the First Amendment by retaliating against journalists based on their critical coverage.

The lower-court ruling, issued in March by U.S. District Court Judge Lorna Schofield in New York, involves questions “as to which there is a substantial ground for difference of opinion,” the Department of Justice says in a letter sent Monday to the judge.

The Justice Department is now asking Schofield for permission to immediately appeal her March ruling to the 2nd Circuit Court of Appeals, and to pause proceedings at the district court.

The organization also sought an injunction prohibiting the federal government from taking action against media organizations and journalists for their criticism of the White House.

Schofield ruled in March late that PEN America was entitled to pursue its request for a declaratory judgment. But she said the organization could not proceed with its request for an injunction, given that Trump has “discretionary authority” over matters like security clearances.

The Justice Department argues in its new letter to Schofield that it wants the 2nd Circuit to decide several legal issues presented by the case, including whether the First Amendment prohibits Trump and other White House employees from “choosing to provide greater access to some reporters and less access to other reporters based on the reporters’ coverage.”

Another issue flagged by the Justice Department is whether Trump can be subjected to a lawsuit seeking a declaratory judgment based on “non-ministerial actions that he has taken in his official capacity.”

The White House argues that an appellate decision on those questions “will materially advance the termination of this litigation,” because a ruling in favor of Trump will result in either dismissal of the case or a narrowing of the claims.

“Avoiding protracted litigation and streamlining any possible discovery is particularly important in this case because the President is the defendant,” the Justice Department writes.

"The president continues to assert that he is above the law. He is wrong," Nora Benavidez, PEN America's director of US free expression programs, said in a statement. "We look forward to pressing ahead to prove our claims, hold the president accountable, and make clear that threats and acts of retaliation by government officials to punish protected speech are unconstitutional."