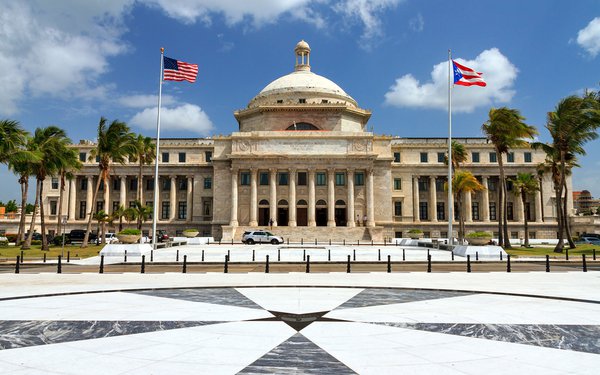 “Plaintiffs reasonably fear that their investigative reporting about the COVID-19 public health emergency, as well as future reporting on other emergencies, could expose them to criminal prosecution,” radio host Sandra Rodriguez-Cotto and independent journalist Rafelli Gonzalez-Cotto allege in a complaint brought in U.S. District Court in Puerto Rico.

The pair adds that the law has already “chilled their reporting and caused them to self-censor.”

They are represented by the ACLU, which is seeking an order blocking the authorities from enforcing the Puerto Rico law.

The measure, passed in April, makes it a crime to use social networks or “mass media” to transmit “false information with the intention of creating confusion, panic or collective public hysteria, regarding any proclamation or executive order decreeing a state of emergency or disaster or curfew.”

Violators face fines of up to $5,000 and six months imprisonment.

The law runs afoul of the First Amendment for numerous reasons, the ACLU argues. Among others, it's too broad, doesn't take into account whether journalists knew whether information they shared was “false,” and criminalizes speech based on its content.

In general, the First Amendment prevents the government from criminalizing non-commercial speech, even when factually incorrect -- although there are exceptions, such as for speech that is defamatory.

The ACLU says in its complaint that Rodriguez-Cotto and Gonzalez-Cotto “make every effort to confirm the accuracy of their reporting.”

But, the complaint continues, “inadvertent inaccuracies are inevitable even in the most thoroughly vetted reporting.”

“One of Mr. González Cotto’s sources informed him that other scientists are afraid that the government would take legal action against them if it were revealed that they disclosed information about the COVID-19 public health emergency in Puerto Rico,” the complaint states.