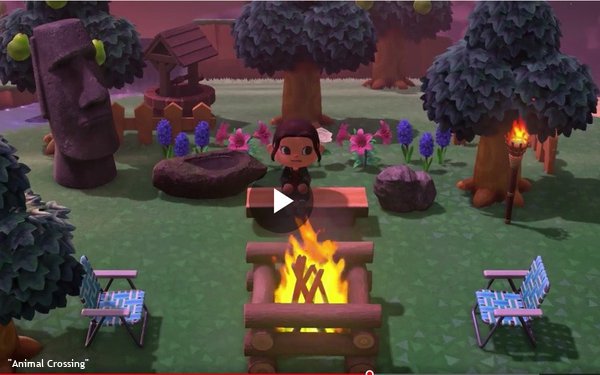 With millions of gamers “stuck” at home with lots of time on their hands and a game controller in their palms, chip maker Nvidia reported a boffo quarter yesterday. Oh yeah, people were working and studying from home, too.

“Revenue of $3.08 billion represented a 39% year-over-year gain, while also easily beating estimates by $80 million. Most notably, gaming rose 27% to $1.34B billion and Data Center shot up 80% to hit $1.14 billion. At the same time Nvidia announced that it completed its $7 billion acquisition of Mellanox Technologies on April 27,” Ben Mahaney writes for Yahoo Finance.

“As the virus spread globally, much of the world started working and learning from home and gameplay surged,” chief financial officer Colette Kress told analysts. She pointed to booming sales of laptops and game consoles using Nvidia chips,” Asa Fitch writes  for The Wall Street Journal.

“‘Animal Crossing,’ a world-building game, set sales records after its launch on the Nintendo Switch console in March. The Switch console that uses Nvidia chips has been popular, too, topping internal forecasts with over three million sold in the first quarter, Nintendo said this month. Nvidia has also benefited from a shift toward cloud computing, driven by workers logging on from home and increasingly relying on remote computing power,” Fitch adds.

“Gaming and workstation growth are directly tied to competitive products and the need to work, govern and school from home,” Patrick Moorhead, president and principal at Moor Insights & Strategy, tells  CNBC’s Kif Leswing.

Not that there weren’t some issues.

“COVID-19 created challenges in supply and demand. Early in the quarter, our partners’ supply chains were disrupted. Shelter-in-place resulted in closure of retail outlets and China iCafes, affecting sales of our gaming products,” the company said in a commentary by CFO Kress cited by Leswing.

The Santa Clara-California based chipmaker claims it invented the GPU -- graphics processing unit -- in 1999 and its GeForce is the largest platform in the $100 billion computer gaming industry. Its technology is now paving a path in the fields of artificial intelligence.

"It takes more than fast chips to be the leader in this field. Economics is one aspect potential users need to consider, ecosystem and software are another. Taking everything into account, it seems like Nvidia still is ahead of the competition,” he writes after assessing the field.

“It's also interesting to note, however, that this is starting to look less and less like a monoculture. Innovation is coming from different places, and in different shapes and forms,” Anadiotis concludes.

The headline on a MarketWatch opinion piece reads: “It’s official: Nvidia is not just a gaming company anymore.”

For the first time, Nvidia “began to report its business segments in a new manner, with segments for computing and graphics, setting up a side-by-side rivalry for the two core areas. While the segment change -- going from a split between Nvidia’s GPU business and its Tegra processor business to differentiating between the uses of the chips Nvidia sells -- may seem minor, it is a sign that Nvidia sees these two uses of its chips as equally important,” writes Therese Poletti.

“The graphics segment will include graphics chips for gaming, PCs and its game-streaming service and infrastructure, as well as some other businesses.… The up-and-coming compute segment includes data-center platforms, high-performance computing, and chips and software for autonomous vehicles and robotics,” Poletti continues.

Meanwhile, the deal for Mellanox, which develops networking technology, is looking good.

“Analysts have hailed the deal as highly accretive to Nvidia’s overall results. [CFO] Kress said that Mellanox will account for a ‘low-teens percentage’ of total revenue for the current quarter, which is the first full quarter that Mellanox's contributions will be accounted for. Nvidia plans to retain the full Mellanox team and accelerate investments in the firm, Nvidia management said,” Annie Gaus writes  for The Street.