Cover Story: A Picture Worth A Hundred Thousand Names Of Agate Type 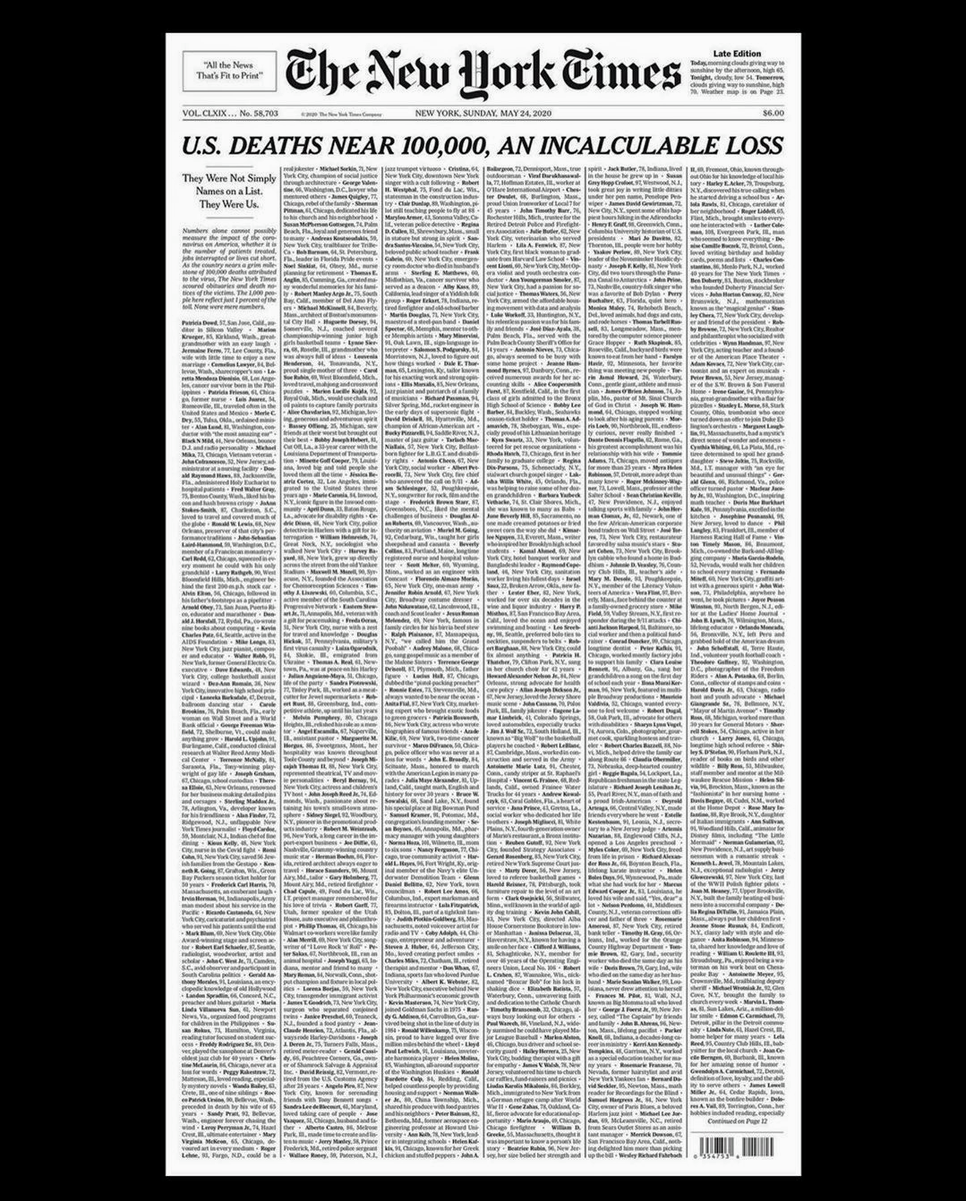 Monday's front page of the print edition of The New York Times utilizes a newspaper style known as the "tombstone" to commemorate the roughly 100,000 Americans who have died from the COVID-19 pandemic (so far).

The tombstone gets its name from a type of newspaper ad that is unadorned text, black on white, often enclosed in a simple box, with a centered headline and a number of lines in the body of the ad, usually also centered.
The name originates from the ad style's similarity in appearance to the text on a tombstone grave marker.

“I wanted something that people would look back on in 100 years to understand the toll of what we’re living through,” National Editor Marc Lacey stated.

covid-19, news, newspapers, publishing
1 comment about "Cover Story: A Picture Worth A Hundred Thousand Names Of Agate Type".
Check to receive email when comments are posted.
Next story loading