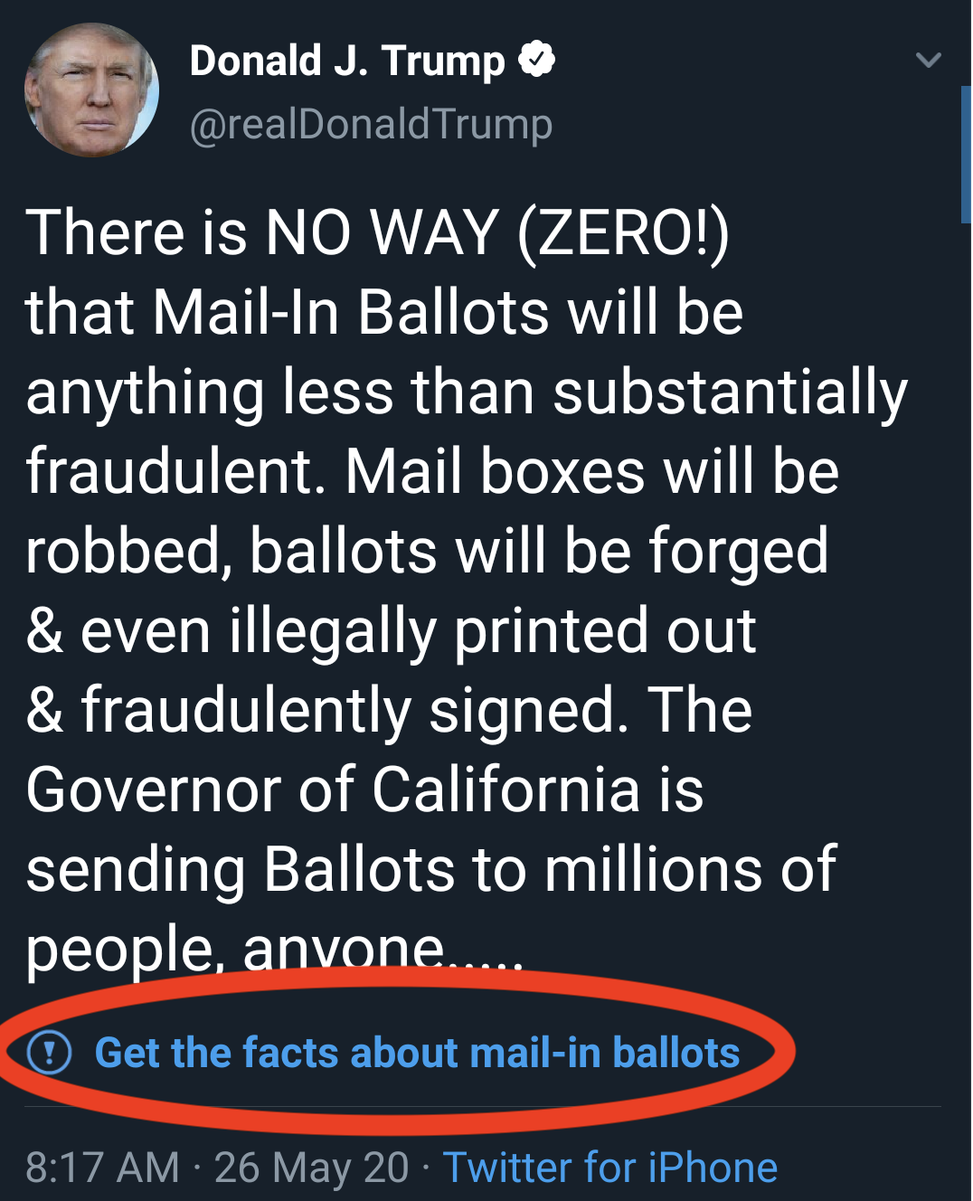 On Tuesday, for example, Trump tweeted: “There is NO WAY (ZERO!) that Mail-In Ballots will be anything less than substantially fraudulent.”

In a statement, Twitter explained these tweets “contain potentially misleading information about voting processes and have been labeled to provide additional context around mail-in ballots.”

The decision comes amid a growing backlash over Twitter’s unwillingness to police Trump’s more outrageous tweets.

This week, both the New York Post’s editorial board and The New York Times columnist Kara Swisher took issue with Trump's tweeting of baseless theories that MSNBC “Morning Joe” host Joe Scarborough murdered a woman in 2001.

Personalizing the debate, the woman’s widower just wrote a letter to Twitter cofounder-CEO Jack Dorsey requesting that he take down Trump’s offending tweets.

On Tuesday, Twitter released a statement saying that it was “deeply sorry about the pain these statements, and the attention they are drawing, are causing the family.”

Twitter has long maintained that prominent figures like Trump are largely exempt from its content policies, because their tweets are of historical significance and often in the "public interest."

Without addressing Twitter’s new labeling process directly, Trump issued< /a> a thinly disguised threat to the company on Wednesday morning.

“We will strongly regulate, or close them down, before we can ever allow this to happen. We saw what they attempted to do, and failed, in 2016. We can’t let a more sophisticated version of that.... happen again. Just like we can’t let large scale Mail-In Ballots take root in our Country. It would be a free for all on cheating, forgery and the theft of Ballots. Whoever cheated the most would win. Likewise, Social Media. Clean up your act, NOW!!!!”