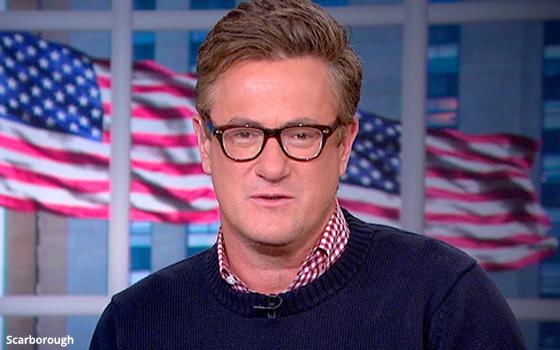 Editor's Note: On Tuesday, Twitter began labeling false statements tweeted by President Trump as “potentially misleading,” but only those related to mail-in ballots. As of Wednesday morning, the company had yet to add such labels to Trump's Scarborough-related conspiracy theories.

Courtesy of President Trump, Twitter has found itself in the middle of another battle between free speech and public decency.

At the time, the body of 28-year-old Lori Kaye Klausutis was found in then-GOP Rep. Scarborough’s Florida offices, but authorities never found any evidence of foul play.

Yet that didn’t stop Trump from recently calling on Florida officials to revisit the case as a way of escalating his war of words with Scarborough.

“Did [Scarborough] get away with murder? Some people think so,” the current U.S. president tweeted to his roughly 80 million followers, earlier this month.

In response, Klausutis’s widower, Timothy Klausutis, has written a letter to Twitter cofounder/CEO Jack Dorsey requesting that he put a stop to Trump’s toxic innuendo. “As her husband, I feel that one of my marital obligations is to protect is to protect her memory as I would have protected her in life,” Klausutis wrote in the letter.

“My request is simple,” he wrote to Dorsey. “Please delete [President Trump’s] tweets.”

Putting added pressure on Twitter, tech tastemaker Kara Swisher devoted her latest column in The New York Times to Trump, and what she considers to be his indefensible social media abuses.

Yet, rather than rake Dorsey over the coals, Swisher acknowledged that Twitter’s Trump problem has no easy fix.

“While I had thought throwing Mr. Trump off Twitter was not the worst idea … I have come to believe that a Trump ban would be pointless and too drastic,” she writes. “The firestorm it would set off would alone be disastrous for Twitter to manage and probably come with deep financial repercussions.”

Using the most general language possible, Twitter released a statement saying that it was “deeply sorry about the pain these statements, and the attention they are drawing, are causing the family.”

Twitter has long maintained that prominent figures like Trump are exempt from its content policies, because their tweets are of historical significance and often in the "public interest."

Internally, Twitter is thinking about labeling Trump’s false tweets as such, according to Swisher, while she suggested that the company consider an independent content review board akin to the one being developed by Facebook.

No doubt, this latest dispute will earn Twitter additional detractors on both side of  the ideological aisle.

Yet the biggest risk is probably posed by Trump himself, who has reportedly been threatening to regulate social networks like Facebook and Twitter for the past year.
fake news, politics, social media, television, twitter
2 comments about "Twitter Dodges Demands To Discipline Trump".
Check to receive email when comments are posted.
Read more comments >
Next story loading