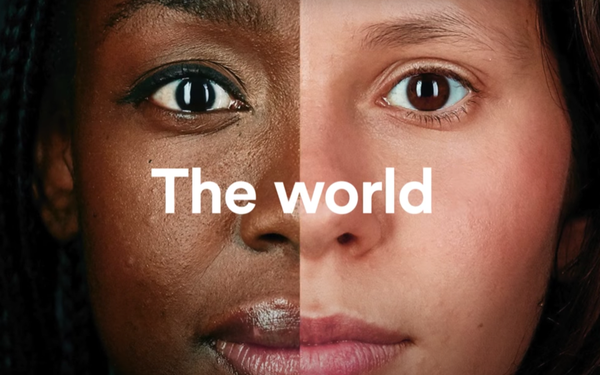 An Airbnb campaign that seems to get the message right, according to Kantar's Valeria Piaggio.

Businesses are well aware that the protests demanding an end to systematic racism represent an epic shift in American thinking. But few are clear on the best response.

Police brutality is currently center stage. But Valeria Piaggio, senior vice president and head of identity and inclusion insights at Kantar, thinks brands won’t make much progress until they address the many places black Americans feel most targeted: while shopping, in businesses, and at restaurants. She tells Marketing Daily what the data means.

Marketing Daily: First, is there anything surprising to you about the strength of recent protests?

Valeria Piaggio: No. This has been happening for a long time. It’s just that now, it’s like a volcano erupting.

MD: What does Kantar’s data say about how  black Americans view corporate America?

Piaggio: About 73% of black Americans say “very few” brands and companies genuinely care about the state of black communities. Among non-Hispanic whites, it’s only 41%. And those numbers are very similar when you look at it by age. Among young Americans, which for the first time is a majority-minority, many more agree with that statement than older people.

MD: How does that change what’s expected of brands?

Piaggio: The age factor is so important. Of millennials, 71% say it is important that brands take a stand on racial justice and equality. Among baby boomers, only 51% say that.

But the shift is occurring among all consumers. In 2017, 51% said they expected brands to play a larger role in society. By last year, that had risen to 65%.

MD: We’ve seen many brands respond to the protests with ad campaigns and letters from their CEOs, vowing to be better. Is that the right step?

Piaggio: I can’t say strongly enough that this moment is not about advertising.

Brands do have to do something. This is a precise moment in time, and years from now, history will look back on all of us —people, brands and companies — and say, "What did you do? Whose side were you on?" But it’s not about a clever ad. It’s about genuine change.

MD: Where should companies start?

Piaggio: Businesses can do a lot to end racism. First, for most African Americans, discrimination doesn’t primarily come from the police. Our latest data from the 2020 U.S. MONITOR finds that 35% of African Americans say they’ve experienced discrimination in the last year, which is up five percentage points from 2019. Almost half of it happens while shopping, at 48%. People’s workplaces or schools come in second, at 44%. Third is at restaurants, at 37%. Interaction with law enforcement, at 36%, came in fourth.

So brands can start there. Do security guards in our stores follow black shoppers around? How much day-to-day discrimination occurs in our workplace? Does our company deliver to all neighborhoods?

An expression we use is that companies need to move from being color-blind to “color-brave,” with realistic conversations about race.

MD: Do you think advertising about this issue is always a bad idea?

Piaggio: No. One of my favorite examples is the campaign Airbnb used to address racism several years ago, including a Super Bowl spot. It knew it had problems, and it made big changes to start solving them. And using the ad campaign was a good way to let people know about its intentions.

MD: A different kind of example is Nike, which recently launched a spot called “For once, don’t do it.”

Right away, people on social media pounded Nike for its hypocrisy, calling it out for lack of diversity at the board level. Given that most corporate boards are overwhelmingly white, how does any company communicate honestly?

Piaggio: With humility. By admitting that it’s a journey, and they’ve gotten it wrong before. And the good news is that when black consumers do believe companies care, 88% say they think it’s important to be loyal to those brands.