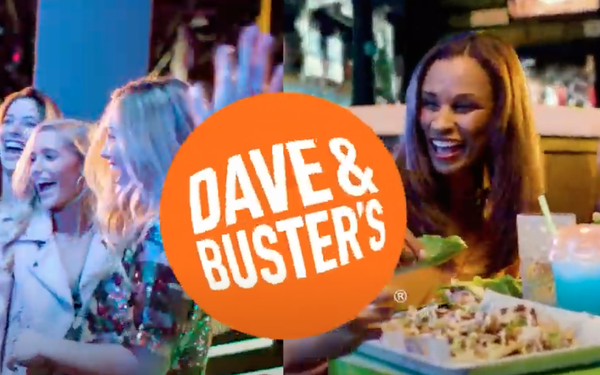 In the walkup to pandemic-recovery mode, McDonald’s and Dave & Buster’s Entertainment have made key changes to their internal and external marketing staff and resources.

“Colin has decided now is the time to leave McDonald’s in search of a new challenge,” said Kempczinski.

On the same day, Dave & Buster’s said it had chosen the agency Mother as its new AOR, replacing creative agency Offsite, in a move to “deliver a fresh look and feel to our advertising campaigns and guest communications,” according to CEO Brian Jenkins.

Replacing Mitchell at McDonald’s is CMO and corporate vice-president of international operated markets Alistair Macrow, who was promoted to senior vice president and CMO following a nearly 15-year stint at the company. Macrow’s successor has not been designated.

“As we emerge from this global pandemic, consumers’ trust in the McDonald’s brand and compelling marketing programs in every country where we operate will be critical to re-establish the strong business momentum we enjoyed leading into this crisis,” said Kempczinski.

One of Flatley’s more immediate challenges is trying to resurrect the breakfast daypart, which has been severely impacted at all major QSR chains since the outset of the pandemic. Complicating the issue is a decision by the National Owners Association—which represents McDonald’s franchisees—not to re-implement all-day breakfast, which was eliminated in March when McDonald’s pared down its menu.

All-day breakfast puts a strain on quick-serve restaurants because it complicates operational logistics and can slow down food preparation.

“The limited menu and ease of operations are allowing our teams to focus and provide blazing fast service,” NOA chairman Blake Casper said in a recent letter to association members reported by Restaurant Business. “We are convinced. Keeping our menus simplified is your NOA’s number one priority.”

Contrary to McDonald’s, which has managed to keep nearly 100% of its U.S. restaurants open for pickup and delivery, Dave & Buster’s casual dining/entertainment model was not conducive to such a change.

The chain did a rolling closure of its 137 locations by March 20. It currently has 43 restaurants open, with five more slated for tomorrow and eight next week, a Dave & Buster’s rep tells Marketing Daily.

In announcing the appointment of Mother as AOR, Jenkins said, “This partnership will enable us capitalize on technology upgrades, enhanced data analytics and digital marketing investments to drive deeper engagement with our guests.”

Among the most recent ads for Dave & Buster’s was this video posted on March 9 promoting unlimited use of its on-premises games for two hours for $20.