Verizon Dollars -- Not Real Ones -- Are Perks Of New Credit Card 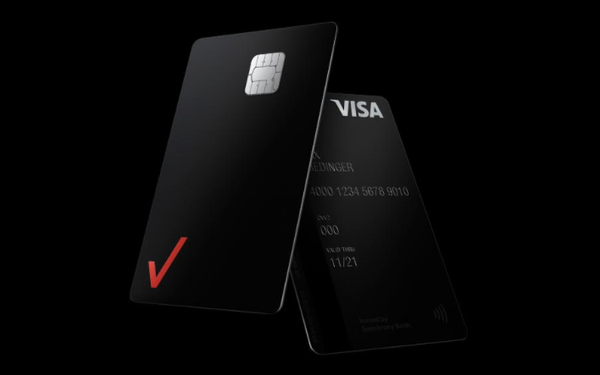 Verizon is starting its own credit card, joining other tech companies that have added such incentives in the last year or so.

But the Verizon Visa card, issued by Synchrony Financial services only to Verizon users, does offer some interesting perks, doled out not in U.S. greenbacks but Verizon “dollars” that can be used to pay for Verizon products including devices and accessories. There’s no annual fee and the dollars don’t expire.

The card gives a 4% discount for gas and grocery store/delivery purchases, 3% on dining/delivery and curbside purchases and 1% on other purchases.

Card users earn a 2% discount when they use the Visa card to pay their bill or on any other Verizon purchase, like a smartphone via a Verizon store.

The card officially debuts June 26, with a potential reward in Verizon dollars for early adopters.

Verizon will be promoting the card on its website and on digital platforms; there are no TV commercials planned for now.

Rival T-Mobile doesn’t have a credit card but a no-fee, interest earning checking account called Money that pays as much as 4% interest. It also allows customers to get a 3% discount on their monthly bill if they pay it with an Apple card,  which that tech company unveiled last year.

The Apple card, started last year, gives 3% cashback rewards -- in real cash -- to users. One of the Apple card’s best features is the ability to buy Apple products and pay for them monthly without accruing any interest.

When it was announced, the Apple card earned some notice for its style, just like Apple devices do. It’s not plastic, for one. It’s made from a titanium-based material. There’s no card number, expiration date or signature strip.

Verizon’s card looks stylistically minimalist and it’s metal, not plastic. But in the end, both of them mostly look like credit cards.

AT&T has an Access Card through CitiBank that discounts AT&T purchases on a point system.

Reportedly Google and Samsung are working on credit or debit cards, too.