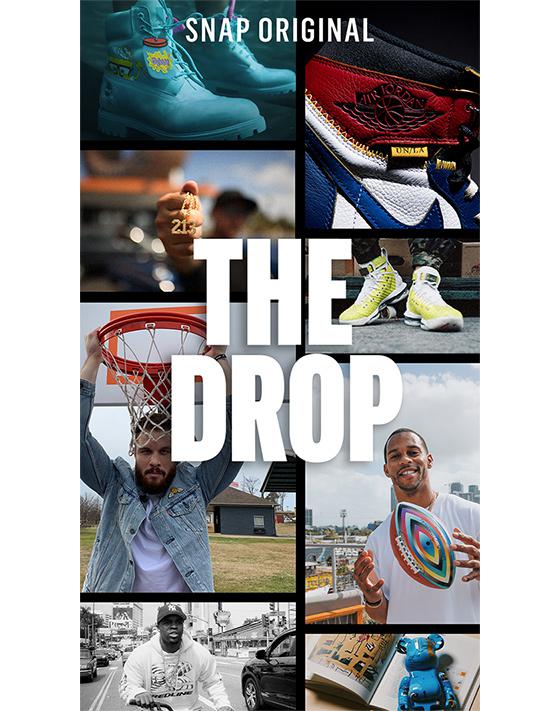 Dubbed “The Drop,” the so-called Snap Original will feature the “hottest, exclusive streetwear collabs from your favorite celebrities and designers,” a company spokesman said on Tuesday.

To produce the show, Snap is relying on Ntwrk, which TechCrunch has called “GenZ’s answer to the Home Shopping Network.”

Founded in 2018 and backed by Live Nation, The Footlocker, and Mainstreet Advisors, Ntwrk specializes in producing content that features products -- hard-to-find streetwear in particular.

Scheduled to launch later in the year, the unscripted show's episodes will invite viewers to “swipe up to buy” products, many of which will be teased as limited in quantity.

Neither Snap nor Ntwrk have named the celebs or designers that will be featured on “The Drop,” but the show’s promotional material includes pictures of former New York Giants wide receiver Victor Cruz and Detroit Pistons power forward Blake Griffin.

The experimental effort comes amid a surge in streaming content and ecommerce, both of which have been driven by the COVID-19 crisis.

Industrywide, “One factor that should help support growth … and, indeed, could contribute to faster growth than we anticipate … is e-commerce-related activity or other forms of pandemic-accelerated digital transformation,” Brian Wieser, GroupM’s global president for business intelligence, said in a note to clients this week.

“This trend will see a greater number of businesses alter their broader marketing and media goals away from longer-term brand-focused objectives and more toward goals that are shorter-term, or more transactional in nature,” Wieser added.

Of course, Snap rival Facebook is already heavily invested in ecommerce. Among other initiatives, the social giant recently launched Shops for Instagram and its flagship app, which analysts predict could eventually produce billions of dollars in revenue.

Snap announced “The Drop” at its first ever Digital Content NewFronts this week, during which it revealed some notable statistics.

For one, the company announced that its flagship Snapchat app has surpassed 100 million U.S. users.