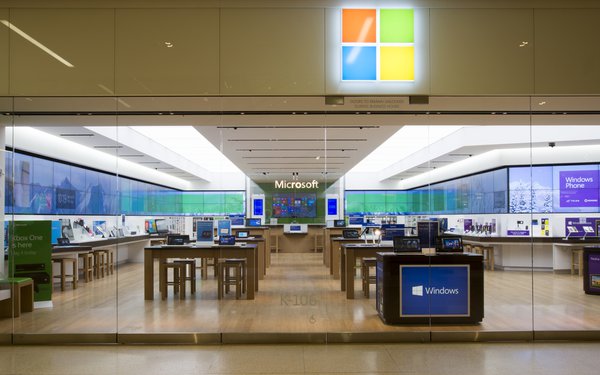 In what it’s calling a “new approach to retail,” Microsoft has decided to permanently shutter its 83 physical stores around the world.

Like most retail businesses, the COVID-19 pandemic forced the tech giant to close its stores in March.

Without directly referencing the crisis, Microsoft executives said digital sales have increased, while hardware has made up an ever-smaller share of its overall business.

“Our sales have grown online as our product portfolio has evolved to largely digital offerings, and our talented team has proven success serving customers beyond any physical location,” stated Microsoft Corporate Vice President David Porter.

Although Microsoft had experimented with brick-and-mortar retail for 20 years, the company began accelerating its retail presence over the past decade.

The stores -- most of which were located in the U.S. -- have served to showcase a number of Microsoft products, including its Surface personal computers and Xbox game consoles.

Analysts applauded the move on Friday.

"This is a tough but smart strategic decision for (Microsoft CEO) Nadella & Co. to make,” Wedbush Securities analyst Dan Ives said in a new note to clients. “The physical stores generated negligible retail revenue for Microsoft and ultimately everything was moving more and more toward the digital channels over the last few years.”

“Retailers whose stores shuttered in mid-March due to coronavirus-prompted lockdowns have seen a huge surge in online demand amid stay-at-home orders,” Ives added.

Although their purpose will be “reimaged,” Microsoft said it is sparing its four “Experience Centers” in Redmond, Washington, New York City, London and Sydney.

Rather than firing its entire retail team, Microsoft said it plans to refocus their energies on digital sales. That said, the company didn’t explicitly rule out layoffs among its retail team.

On a monthly basis, Microsoft said its various digital storefronts reach more than 1.2 billion consumers around the world.
microsoft, retail
1 comment about "Microsoft Closes Its 83 Stores Worldwide".
Check to receive email when comments are posted.
Next story loading