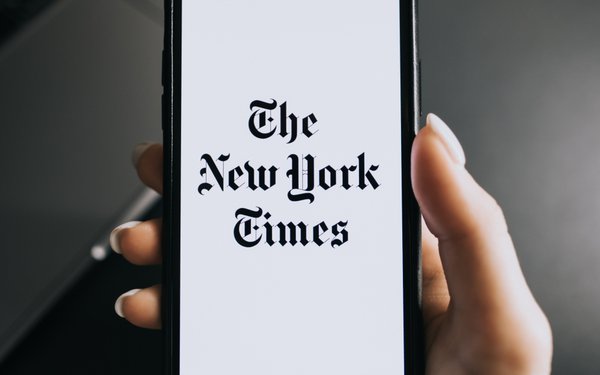 “Core to a healthy model between The Times and the platforms is a direct path for sending those readers back into our environments, where we control the presentation of our report, the relationships with our readers and the nature of our business rules,” Meredith Kopit Levien, Chief Operating Officer, wrote in a memo to employees reported by The Times. “Our relationship with Apple News does not fit within these parameters.”

The Times wants to focus on driving readers directly to its own site and app.

The publisher said last month that it has over 6 million total subscribers. The company wants to reach 10 million by 2025.

Apple created a news app in 2015 for mainstream news organizations, and it has become one of the most popular news platforms. It has an audience of roughly 125 million monthly readers and works with thousands of publishers.

Apple takes a 30% cut for subscriptions sold in the app.

Last year, Apple introduced Apple News+, which lets readers access editorial content and get behind the paywall of hundreds of publications for $9.99 a month.

Publishers like The Wall Street Journal, the Los Angeles Times and Condé Nast are on Apple News+, but TheTimes did not sign up to be a part of the offering.

Mark Thompson, CEO of The New York Times, told Reuters "relying on third-party distribution can be dangerous for publishers who risk losing control over their own product. We tend to be quite leery about the idea of almost habituating people to find our journalism somewhere else.”

Levien added in her note that The Times will work with Apple in other ways, including on apps and podcasts.