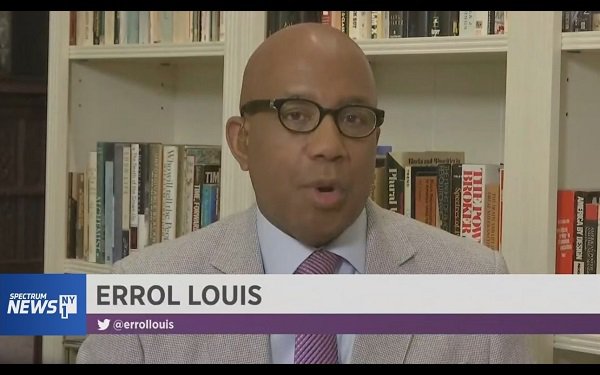 It has become a kind of parlor game in the delirium of home confinement: Spot The Power Broker.

This book, with its three-word title lettered boldly in red on a wide white spine, turns up time and time again on the bookshelves behind TV’s talking heads -- news anchors, talk-show hosts and their know-it-all guests.

How did they become such know-it-alls? With so many of our news types and their pundit pals broadcasting from home these days, perhaps we can find clues to their wide breadth of knowledge in the books we can observe on their shelves at home (if they have actually read them).

First published in hardcover in 1974, The Power Broker is the famed biography of Robert Moses by Robert Caro. Moses was a master builder of public works and political operator in New York state and New York City for nearly 50 years in the middle of the 20th century.

Caro’s book won numerous prizes (including a Pulitzer) and became renowned as one of the finest biographies of a public official that has ever been written.

The book seen on so many shelves on TV is the paperback edition that seems to have never gone out of print. It is a doorstopper of a book -- 1,162 pages of text, plus 118 pages of notes and indices.

Over the last few weeks, The Power Broker has emerged as the book seen most often on the bookshelves of the TV talkers, especially those based in New York.

In the photo above, the book can be seen at right, over the left shoulder of Errol Louis, host of one of our local political talk shows, “Inside City Hall,” on the local all-news channel known as New York 1 News.

Recently, Louis was seen in conversation on the show with a New York 1 colleague broadcasting from her own home who also had a visible copy of The Power Broker on a shelf just behind her. It was a rare confluence of two copies of the book in one frame.

While The Power Broker is the book spine that seems to recur the most often in these at-home, bookshelf interludes, a handful of other books also recur.

If there is a second-place book in the “spot the book” home game, it is probably Truman by David McCullough. The book is distinguishable by its thick blue spine and thumbnail picture of President Truman placed in the spine’s middle.

McCullough is one of a handful of authors whose work recurs on the bookshelves of the news-givers and opinion orators. Others seen often are Ron Chernow, Jon Meacham and Andrew Roberts.

Chernow’s books include Grant, Washington: A Life and Alexander Hamilton. His Hamilton book is widely credited as the inspiration for the “Hamilton” stage musical. And yet, his Grant and Washington have been spied more often on TV than his Hamilton biography.

The Washington book’s spine is especially distinctive and readable with the word “Washington” in all caps printed in white on a red background.

Chernow’s Grant was recently seen behind anchor Judy Woodruff on “PBS NewsHour.” It was lying on its side on top of a copy of Gettysburg by Stephen W. Sears. Nearby was a copy of The Soul of America: The Battle for Our Better Angels by Jon Meacham.

Andrew Roberts has earned inclusion on the shelves of the TV newsies by virtue of his 2018 biography of Winston Churchill titled Churchill: Walking With Destiny. He also wrote a great book about Napoleon that has not turned up yet on any of our televised bookshelves.

What’s the takeaway from this bookshelf analysis? If you want to be like the TV news anchors and talking heads, then you have quite a bit of reading to do. Summer beach reading, anyone?