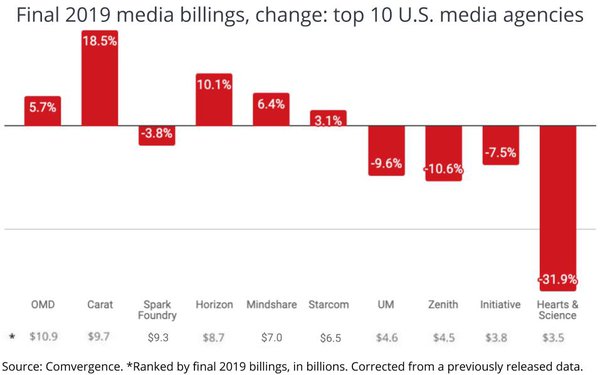 Editor's Note: This story and the accompanying chart have been updated from an earlier version due to revisions made by Comvergence. A correction has also been published here.

Omnicom's OMD remained the top U.S. media agency in terms of media billings volume, but Dentsu Aegis Network's Carat had the best year overall, jumping from No. 3 in 2018 to No. 2 in 2019, thanks to an 18.5% gain, according to final estimates released today by Comvergence.

Anther big mover was Horizon Media, which grew 10.1% and remained the fourth largest U.S. media services agency (and only independent).