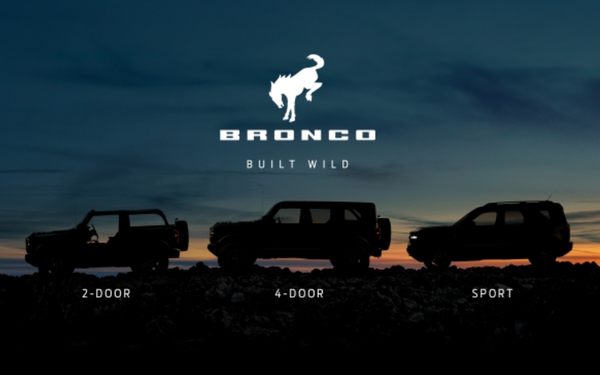 Bronco’s “Built Wild” brand positioning comes to life in a short film from Wieden + Kennedy that offers glimpses of the all-new 2021 Bronco two-door, four-door and Bronco Sport models “in the wild.”

Going along with the wild theme, starting next year Ford will open “Off-Roadeo" outdoor adventure playgrounds in four U.S. locations starting next year where owners and enthusiasts can test the new Bronco lineup in challenging terrain.

The vehicle lineup includes the new rugged, small SUV, the Bronco Sport -- which will be the only domestic brand of SUVs with standard 4x4.  Every model is engineered to deliver off-road experiences that build on the original 1966 Bronco DNA and racing heritage, according to the automaker.

The Bronco has been featured in more than 1,200 films and 200 songs. Since Ford ended production in 1996, Bronco SUVs have continued to grow in popularity with collectors and enthusiasts.