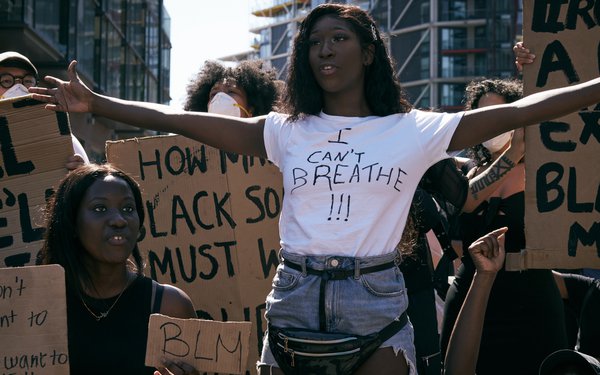 The protests that followed George Floyd’s death at the hands of Minneapolis police generated more media coverage than any other protest in the last 50 years, according to analysis by the University of Michigan.

Led by Michael T. Heaney, an adjunct research professor at the University of Michigan Institute for Research on Women and Gender, the study found the media focused on protests 60% more in June than during any other month in the past 20 years.

The researchers combed the NewsBank database — which houses archives of media publications — for mentions of the words “protest,” “demonstration,” “unrest” and “rally” since 2000.

The closest event was in March 2003, when news media covered widespread protests against the U.S. invasion of Iraq.

To analyze protests before then, the study searched The Washington Post archives for coverage on protests between 1920 and 2020.

The last comparable moment was in May 1970. The Ohio National Guard shot and killed four students at Kent State University protesting peacefully against the Vietnam War. The shooting triggered demonstrations across school campuses.

That was the most recent time in which the news media paid as much attention to protests as it did last month, according to Heaney.

Analysis by The New York Times shows the recent Black Lives Matter protests peaked on June 6, when half a million people turned out in nearly 550 places across the United States.

Multiple polls suggest about 15 million to 26 million people in the U.S. have participated in the demonstrations.

There have been more than 4,700 demonstrations since the first protests began in Minneapolis on May 26, according to a Times analysis.