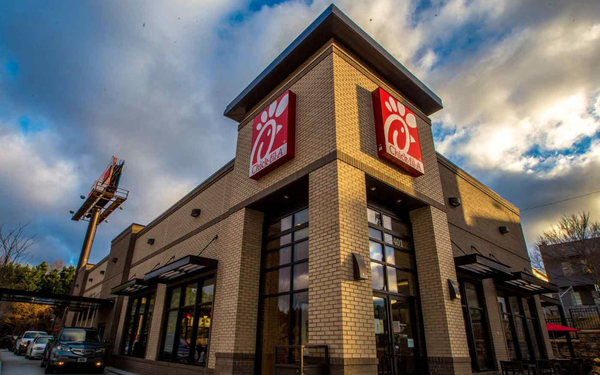 These days, it’s harder than ever to guess what America is hungry for. But the new American Customer Satisfaction Index gives us all plenty to chew on, with some hints that even before the pandemic, consumers were losing their enthusiasm for restaurants.

In the new ranking, Chick-fil-A comes in first, as it has done for the last six years. Chipotle Mexican Grill is next, bouncing back from the food-safety problems that plagued it in the past. Next comes a six-way tie between Arby’s, Dunkin, Domino’s, KFC, Panera and Subway.

While there isn’t much that’s surprising in any of those names, the numbers underneath them are worth a closer look. Overall, customer satisfaction with quick-serve food fell to 78 out of a possible 100, its lowest score since 2015. And of the 18 brands the Ann Arbor, Michigan-based index tracks, 11 earned lower scores than they did in 2019.

The index is based on data collected from some 500,000 customers between April of 2019 and March when sheltering-at-home policies started, an indication fast-feeders were missing their mark before the pandemic began.

The changes are small -- less than 2%. But when you consider that the ranking of full-service restaurants also declined, falling 2.5%, it seems a sign that people were rethinking what they expected from every dining-out experience.

“Even before the pandemic hit, customer satisfaction with both full-service and limited-service restaurants was heading in the wrong direction,” the report says. “Chains with declining customer satisfaction, or those with a track record of lower ACSI scores, may find it more difficult to recover and thrive under such challenging circumstances. ACSI data consistently show that the more satisfied customers are, the more willing they are to increase their restaurant spending in the future. “

And yes, fast food will bounce back quicker. It’s already rebounding nicely, with the report noting that up to 70% of business is already happening in restaurants' drive-through lanes.

But I hope QSR operators will note the details. In relevant categories like the accuracy of order, food quality, courtesy and the variety of food and beverage choices, consumers were increasingly underwhelmed.

And it’s probably safe to assume that in the months ahead, people will be so starved for “normal” -- whatever that means -- that they’ll be grateful just to be back in their favorite restaurant again.

But I bet it won’t be long until that low-level sense of discontent surfaces again. Consumers will have an appetite for something -- anything -- new. Warmed-over experiences, menus and business models will lose their appeal as people start to crave restaurant adventure again.