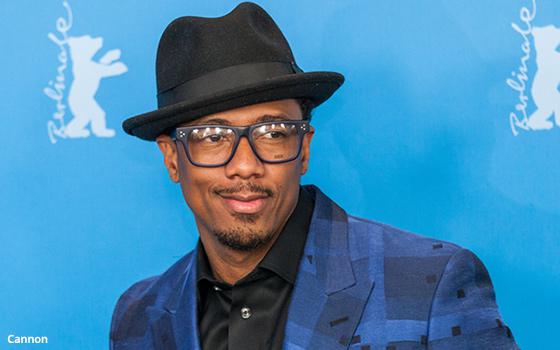 Cannon has had a relationship with ViacomCBS since the 1990s, when he was a teenager working at Nickelodeon.

In the interview, Cannon and Griffin discuss unsubstantiated conspiracy theories regarding Jewish people.

Griffin defended his stance that Jews were responsible for “the majority of wickedness that goes on across the globe,” saying: “I’m hated now because I told the truth.”

“ViacomCBS condemns bigotry of any kind, and we categorically denounce all forms of anti-Semitism,” the company announced in a statement.

“While we support ongoing education and dialogue in the fight against bigotry, we are deeply troubled that Nick has failed to acknowledge or apologize for perpetuating anti-Semitism, and we are terminating our relationship with him.”

In one of his tweets, he says: "I do not condone hate speech nor the spread of hateful rhetoric. ... The Black and Jewish communities have both faced enormous hatred, oppression persecution and prejudice [sic] for thousands of years and in many ways have and will continue to work together to overcome these obstacles.”

Cannon also published a long Facebook post addressing the issue, saying he was "deeply saddened" that a moment close to reconciliation with "the powers that be" was instead "stolen and highjacked to make an example of an outspoken black man."

Cannon demanded “full ownership” of “Wild ‘N Out” and an apology from ViacomCBS.

He said he reached out to ViacomCBS chair Shari Redstone “to have a conversation of reconciliation and actually apologize if I said anything that pained or hurt her or her community.”

He said he received “dead silence."

However, a representative for ViacomCBS told multiple media outlets: “It is absolutely untrue that Nick Cannon reached out to the Chair of ViacomCBS.”