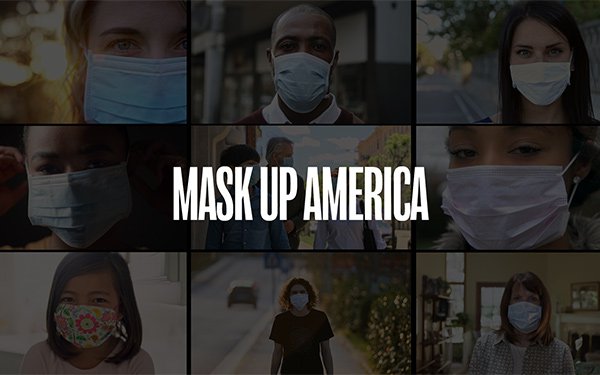 New York Governor Andrew Cuomo is teaming with celebrities and the Ad Council to urge all Americans to wear a mask in public.

The campaign encompasses a series of eight TV public service announcements. The first two, featuring Freeman and Wright, debuted Thursday. The remaining spots will roll out through the end of the month.

The PSAs will be available for use by broadcast and digital media outlets, and will air in donated media time and space throughout the country.

Several of the spots will be available in both English and Spanish versions, and will also be available for radio.

While New York officials spearheaded this project, it is designed to address all of America. “New York learned lessons the hard way and we want to help to prevent the spread of the virus,” Cuomo explained during his daily press briefing today. “This is a manmade second wave. We just failed to learn the lessons of the first wave,” he said.

We are “all in this together,” Cuomo added, explaining that if people get infected in Arizona or South Carolina and get on a plane to come to New York, then it becomes a New York problem.