Trump: A Childhood of Abuse 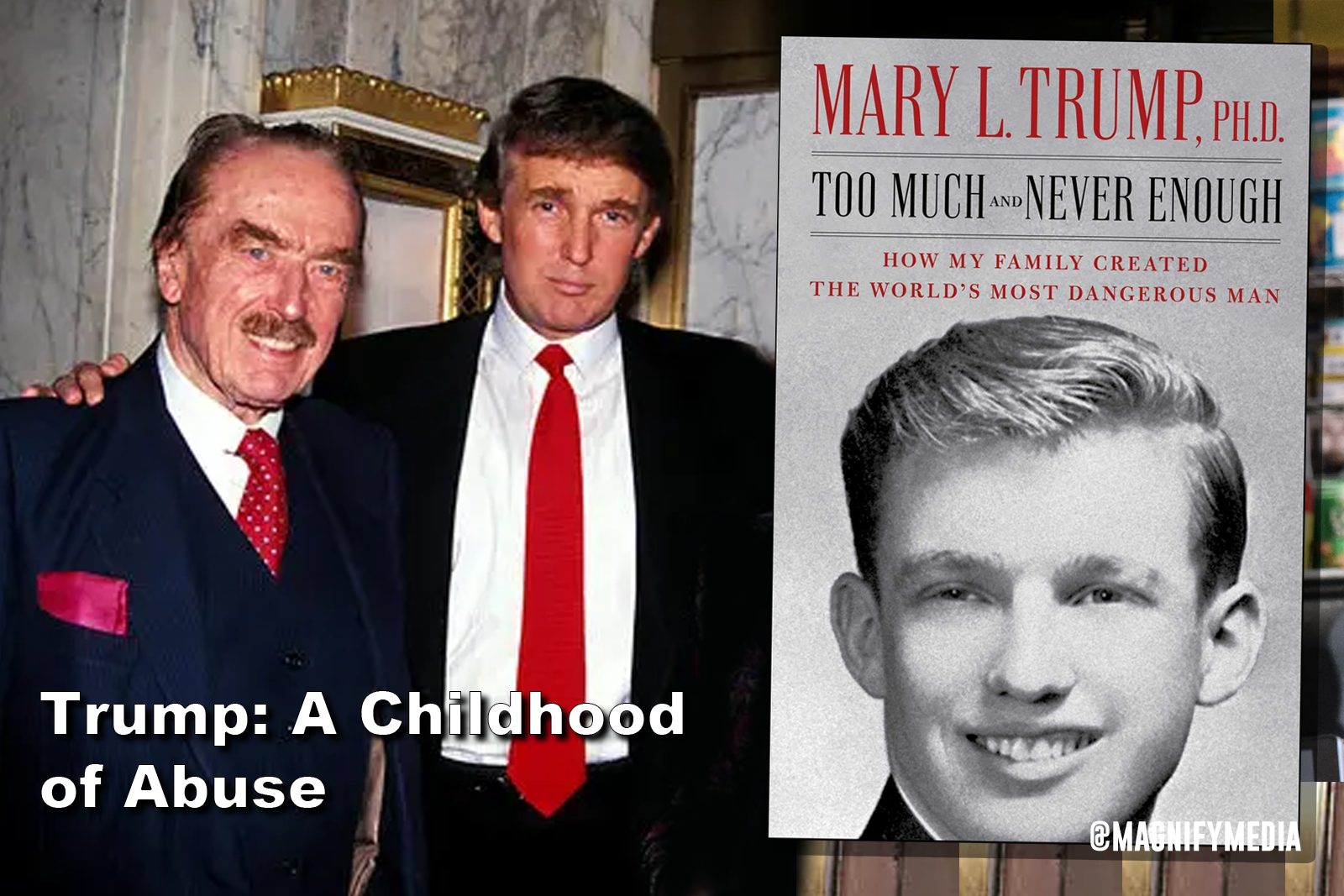 Here’s the interesting challenge in today’s TLDR (too long, didn't read) world: Some complicated narratives just don’t fit elegantly into our world of blockbuster headlines and 140-character tweets. So you’re excused if you got excited about the Mary Trump book, and then were a little puzzled when the media went looking for a blockbuster — and came away somewhat underwhelmed.

Mary Trump's book is not a presidential takedown. It’s not even an accusatory attack. It is instead an extraordinarily thoughtful, detailed, multigenerational story about a deeply flawed family driven by wealth, power, and elaborately constructed fictions that go back three generations.

You’re forgiven if you’ve known little about Donald Trump‘s brother Freddie, or his father Fred, or the grandfather. Because a critical part of the Trump legacy -- the fictional legacy --required them to be removed from his history. Donald Trump’s claim that he was was “self-made” required it. And that called for a whole series of fictions to be published, shared by the media and left unquestioned.

Mary Trump’s story is told with an almost dispassionate narrative of the facts, with harrowing family scenes. You can’t help but wonder how painful it must be to tell the story of how her father and his dreams were humiliatingly crushed by his father, Fred Trump.

That Freddie's alcoholism is all we know about Donald Trump's brother speaks volumes. Most startling is that Mary Trump's now well-known NDA was the result of a settlement between her, her brother and her sister, and Donald Trump‘s father‘s estate -- a settlement to get herself and her siblings a piece of the estate after his death.

Her father's crime? That rather than work in the family business, he chose to be an airline pilot. Because for Fred Trump, anyone who was not loyal and committed to do his bidding was a traitor and had to be excommunicated. If that ruthless and often incredibly damaging narcissism sounds familiar, well then, the apple doesn’t fall far from the tree.

There has been a long list of books about Donald Trump, the Trump Presidency, life inside the Trump White House: the Wolff book, the Woodward book, the Comey book, the Bolton book, and many more.

But Mary Trump's book stands alone. It’s clear why Donald Trump desperately needed this book not to be published. Not because there are secrets revealed. There are not. By now we know who Donald Trump is.

But his totally fabricated backstory is ripped to shreds. Donald Trump was a bully in high school, was expelled for vicious behavior, went to reform school -- politely called a military school -- and then bought his way into Penn by having someone take the SATs for him.

“By limiting Donald’s access to his own feelings and rendering many of them unacceptable, Fred [Trump Sr.] perverted his son’s perception of the world and damaged his ability to live in it,” writes Mary Trump.

She continues: “The fact is, Donald’s pathologies are so complex and his behaviors so often inexplicable that coming up with an accurate and comprehensive diagnosis would require a full battery of psychological and neuro-physical tests, that he’ll never sit for.”

It is the unvarnished telling of Fred Trump’s efforts to build what would become the family business that is perhaps the most revealing. The senior Trump was a real estate developer, but he was also able to work a long string of government-funded projects, including Mitchell Lama and FHA. The Trump buildings that became the basis of Donald Trump’s economy were not the results of entrepreneurial zeal and hard work. They were big-ticket cons on the government dole.

So maybe the Mary Trump book isn’t a smoking gun for the November election. It seems to me that wasn’t what she intended. But for historians, who in generations ahead will need to look back and understand how Donald Trump's behaviors were hardwired in at birth and then further cemented by a lifetime of abuse and neglect -- that information is important, and explains how we’ve ended up where we are today.

If you bought Mary Trump's book and have it sitting on your dining room table, but think “I just can’t read another Trump book,” I can promise you this. It’s unlike anything you’ve ever read.  And even if you are optimistic enough to believe that we’re 105 days away from an election that will begin to rebuild America, this book is a powerful cautionary tale of just how deep and dangerous Donald Trump‘s psychosis is.

Mary Trump is to be thanked for exposing the truth about her family. There’s nothing easy about the book she’s written, but reading it is eye-opening and important.

politics
4 comments about "Trump: A Childhood of Abuse".
Check to receive email when comments are posted.
Read more comments >
Next story loading