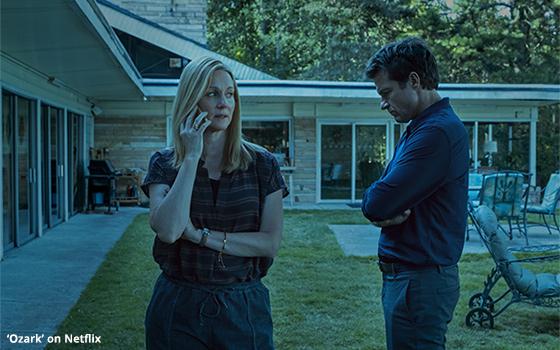 Netflix keeps piling on awards nominations -- this time setting a new record with 160 Emmy nominations. HBO wasn’t that far behind, with 107.

What’s the marketing value of this hardware in a growing industry of more D2C (direct to consumer) platforms? The answer is: Take whatever you can get.

It was the second time in three years the big subscription VOD platform bested HBO. Netflix topped all networks in 2018 -- the first time ever --  with HBO losing its 17 year nonstop run atop all Emmy nominations. HBO took back the lead last year.

Now to be fair, there is a lot of credit and overlap to go around.

In the same mode, ViacomCBS also counts big numbers from all their networks and studio production unit -- 83 in all.

To no one's surprise, surprise continues to be the growing trend: A record 370 nominations (86%) came from premium video digital platforms — networks where consumers don't have to buy traditional pay TV services to access content.

Do viewers care where the content comes from? Nope. Only how much it costs.

Years ago, traditional TV networks executives complained they couldn’t compete with the compelling, high-quality and non-ad-friendly content of HBO -- especially in the years the premium cable TV network had been running “The Sopranos,”  “Sex and the City” and other shows.

Today, no one complains about what is or is not on traditional ad-supported TV networks. They just live with it.

Moving forward, much of the streaming world continues to be a bifurcated streaming market. On one side, Netflix, Disney+, HBO Max,  Amazon and Apple TV+ -- all ad-free, subscription services. On the other side (for the most part), Peacock, Hulu, CBS All Access, as well as  Pluto TV, fuboTV -- all with ad support.

Down the line, research should look at the types and quality of TV and movie content going forward, and if viewers perceive a difference between the two types of service -- if any.

Will rising connected TV make many TV platforms look and feel the same, the only difference being the cost (or no cost) to subscribers?

Emmy and/or Oscar hardware still means something. But it may be harder to figure that out.