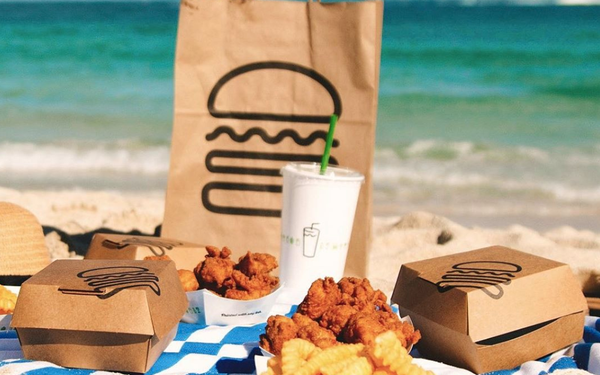 As the restaurant world struggles to bounce back, looks like Shake Shack has some special woes. With more urban stores, it’s been hit harder than some by people working from home as well as the drop in tourism. And with COVID-19 resurging, observers believe Shake Shack’s weak performance may be longer-lasting.

It’s certainly not all bad news. The company recently announced that its average weekly sales are showing sequential improvement, and that digital sales in the second quarter doubled.

The New York-based Shake Shack says stores in suburban Shacks, less affected by a decrease in office workers and tourists, performed better. Shacks in cities account for roughly half of its restaurant fleet, and -- at least before the crisis -- some 60% of sales.

During the second quarter, the company says same-Shack sales in cities fell 57%, compared to a decline of 38% in the ‘burbs.

Things aren't going well for the industry as a whole. The latest tracking from the NPD Group finds consumer spending at restaurants has more or less stalled since mid-June, with transactions declining by 12% in the week ending July 19.

Much of that is due to restaurants that are still closed or have reclosed, and others operating at limited capacity. “I believe there is still a lot of upside recovery for restaurants, but for now, we’re stuck in neutral until we can get the industry operating at full capacity,” writes David Portalatin, NPD food industry advisor, in the report. “The ‘recovery’ phase will then tell us whether the industry can recapture enough customer traffic to get back to the pre-COVID baseline, or whether the new normal will reflect a re-set where consumers prepare more meals in their home kitchens for a longer term.”

For its part, Shack Shake continues to be bullish on its drive-thru ambitions, with the first scheduled to open next year.

Still, its results came in below Wall Street expectations, and third-quarter results so far are also lower than anticipated, writes David E. Tarantino, an analyst who follows the chain for Baird. He currently rates the company as neutral.

“While we continue to have a positive view of Shake Shack’s long-term growth prospects,” Baird’s current view is cautious, based on “elevated risks associated with the near-term fundamental outlook, which has become increasingly uncertain in light of the stubbornly shallow sales recovery," Tarantino writes.

And he points out that even Shake Shack's suburban locations aren’t bouncing back as quickly as competitors, with the company down 24%, compared to just 1% of its weekly survey of fast-casual chains, “signaling some brand-specific challenges.”