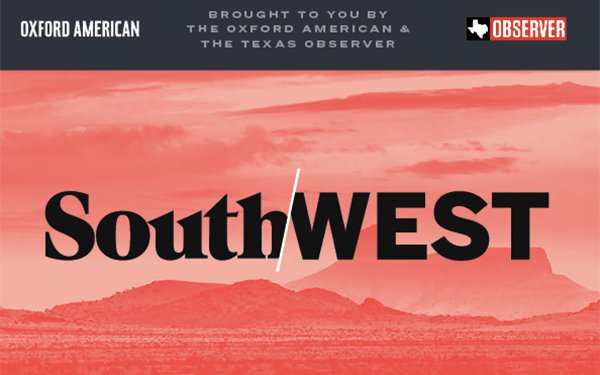 The porous nature of borders can prove a treasure trove for journalism.

That’s the case with the synergy between The Texas Observer and Oxford American. OA covers the music, literature and arts of the South, while TxO drills deep into investigative journalism and cultural criticism.

Editors of both publications are contributing to the eight-week newsletter South/WEST, which launches today.

According to Sara Lewis, executive editor of the Oxford American, the newsletter ”spans a range of topics from voting rights to manners to food." It includes stories and interviews about the people and places that define this complex part of the U.S.

"We're all eager to share this mini-session on Southern culture with fans of both publications, and we look forward to new readers joining us in this conversation about a region that resists easy definition," Lewis tells Publishers Daily, adding the South is "often mired in stereotype."

As a native Texan, she also admires the Texas Observer's tradition of speaking truth to power. "This collaboration is a natural fit."

To curry interest from readers of the respective magazines, South/WEST is offering a special discounted bundle membership to both OA and Texas Observer.