New Bill Would Restrict Companies From Collecting Or Selling Faceprints 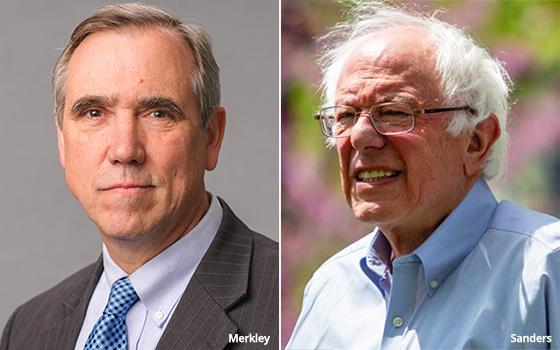 Companies would no longer be able to collect faceprints, retinal scans or other biometric data, unless the companies had both a valid business purpose and individuals' written consent, under a bill introduced Tuesday by Senator Jeff Merkley (D-Oregon).

The “National Biometric Information Privacy Act” would also prohibit companies that possess biometric identifiers from disclosing them, using them for advertising, or otherwise profitting from them.

The measure, co-sponsored by Sen. Bernie Sanders (I-Vermont), incorporates many of the provisions of a biometric privacy law in Illinois -- including one giving consumers the right to sue for up to $5,000 per violation.

“We cannot allow Orwellian facial recognition technology to continue to violate the privacy and civil liberties of the American people,” Sanders tweeted Tuesday.

The proposed law would apply to retinal scans, voiceprints, fingerprints, gait and faceprints -- including those derived from photos -- and other biometric identifiers.

The Illinois law has been at the center of lawsuits against Facebook, Google, Clearview AI and other tech companies that allegedly use facial recognition technology.

Clearview -- which reportedly sells faceprint databases to the police and to private businesses -- is currently facing lawsuits alleging violations of the Illinois law.