Gannett's Paid Digital Subscribers Up 31% In Q2, But Revs Down 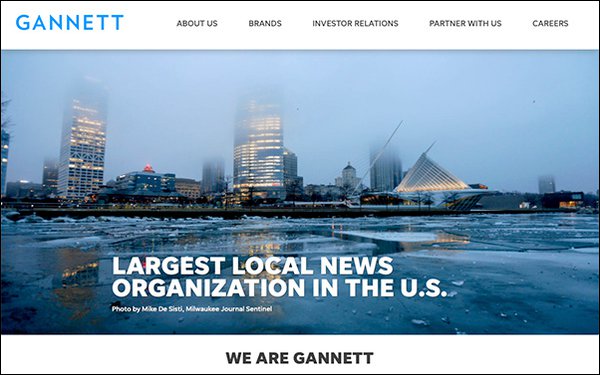 "At no time in our history has the value of high-quality journalism been as clear as it is right now, at this intersection of a global pandemic and a nation in turmoil over systemic racism and inequality,” stated Michael Reed, Gannett Chairman-CEO.

Audiences have turned to Gannett’s publications “in record numbers since the beginning of the pandemic,” he added.

However, like many other publishers, revenue took a hit, due to the public-health crisis.

The second quarter was “significantly impacted by the COVID-19 pandemic,” Reed stated. Revenue fell 28% from a year earlier to $767 million.

Gannett’s digital advertising and marketing services revenue fell 27% to $104 million, compared to the same quarter in 2019.

In response to the pandemic, Gannett says it “reduced expenses for the second quarter by over $125 million through implementation of furloughs, significant pay reductions, reductions in force, and cancellation of nonessential travel and spending,” according to the report.