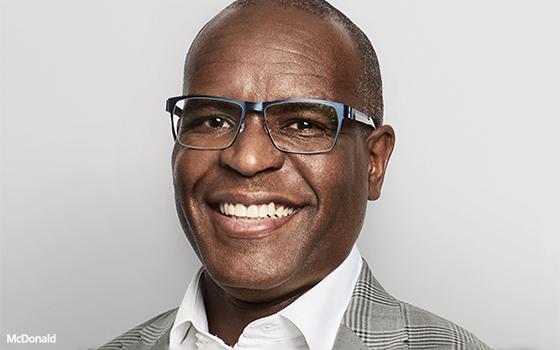 McDonald succeeds Tim Castree who left last November. The region has been overseen on an interim basis by GroupM Global CEO Christian Juhl, to whom McDonald will report.

McDonald is now responsible for strategy and operations across GroupM’s brands in the region, including Mindshare, MediaCom, Wavemaker, Essence, m/Six and Xaxis. GroupM NA manages an estimated $17.6 billion in media billings across the U.S. and Canada, with a 22% market share and approximately 6,500 staffers.

McDonald joins GroupM from WarnerMedia’s Xandr where he most recently served as Chief Business Officer in charge of functions including sales, communications, product marketing and marketing strategy/execution. Before that he was CMO for nearly two years.

Earlier he was President of PubMatic, the marketing automation software company, and also held roles with Time Inc., Fortune|Money Group and CNET Networks, among others.

“Kirk brings a unique view of the market in that he has experience in media, technology and marketing,” stated Juhl. “Additionally, he has worked in complex organizations, so he understands the dynamics at play in a media holding group.”