Dancing Cheek To Cheek Is Back On ABC, CBS 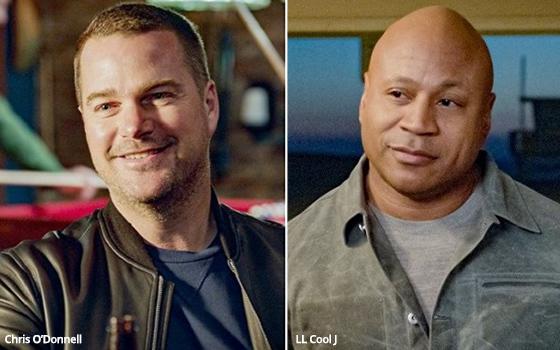 The year of COVID-19 would not seem to be the best time to mount cheek-to-cheek dancing competitions, but that is exactly what ABC and CBS intend to do.

For ABC, it is the 29th season of “Dancing With the Stars” premiering live next Monday night at 8 p.m. Eastern.

The announcement of the premiere date and roster of contestants came just this week, which means one can assume that taped segments of the show -- such as the rehearsal portions -- have already been under way for several weeks.

How did they ensure that the contestants and instructors stayed COVID-free? The press release did not say, but when it comes to show business, where there’s a will, there is a way.

At CBS, a new dance show also announced this week has no airdate or contestant roster. It has two executive producers, however -- LL Cool J and Chris O'Donnell, co-stars of “NCIS: Los Angeles” on CBS.

As a perk for two stars of a long-running and very successful action series, this is a new one. The show has the working title “Come Dance With Me,” and it will apparently involve family members competing with other families in an amateur dance competition.

“We believe this concept is fun for the whole family,” said executive producers LL Cool J and Chris O’Donnell, apparently in unison (according to a press release).

Meanwhile, over at ABC, the contestants on the new “DWTS” include the usual array of reality stars, former pro athletes and others.

The bigger news at “DWTS” is that Tyra Banks has taken over as host from long-time co-hosts Tom Bergeron and Erin Andrews.

While those two were jettisoned, the three judges from seasons past will all be back -- Carrie Ann Inaba, Len Goodman and Bruno Tonioli.