With New Membership Plan, It's Prime Time For Walmart 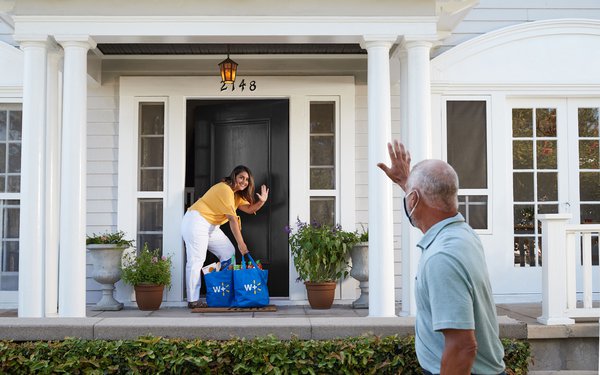 After months of speculation and delays, Walmart is finally rolling out Walmart+, its attempt to battle Amazon on its Prime business.

Priced at $98 per year, as opposed to $119 for Amazon Prime, the new membership service brings together in-store and online benefits, designed to save customers both time and money.

Members, who can also pay monthly, get unlimited free delivery from stores and discounts of up to 5 cents a gallon on gasoline. The Bentonville, Arkansas-retailer is also including access to Scan & Go in the Walmart app, enabling members to scan items as they shop and use Walmart Pay for touch-free payment.

Those perks come on top of the many Amazon-like benefits it already offers, including free curbside pickup, NextDay delivery and two-day delivery.

And it automatically enrolls members of its Delivery Unlimited subscription service, which allows customers to get an unlimited number of deliveries for a low yearly or monthly fee, in the Walmart+ program.

A spokesperson for Walmart says it intends to reveal details about the ad campaign supporting Walmart+ on Sept. 15,  the official launch date.

The service was initially slated to debut in early spring. But it was tabled until July because of the COVID-19 crisis, and then bumped again, according to Recode.

While no retailer comes close to challenging Amazon’s might, Walmart is closest. And with Walmart+, some analysts believe it will have a significant advantage in increasing sales and loyalty.

“With unrivaled scale, prodigious procurement strength, a strong brand, and a growing ecommerce platform, we believe Walmart is the only American retailer that can compete comprehensively with Amazon’s retail offering,” writes Zain Akbari, who follows the retailer for Morningstar.

“We expect customers will require retailers to offer a menu of fulfillment options for sales made through digital and physical channels, advantaging Walmart’s dense store network, deep vendor relationships, and established brand.”

Plus, he thinks its appeal is strongest for the roughly 50 million households that do not subscribe to Amazon Prime.

Separately, Walmart may yet emerge as the winner in a deal to acquire TikTok’s U.S. business. It is collaborating with Microsoft on an offer.

“Harnessing the reach of a rapidly growing social-media platform should allow Walmart to build links with advertisers and third-party sellers,” writes Michael Lasser, who follows Walmart for UBS.

And it will also allow Walmart to build and cement ties with younger shoppers. “Connecting with a younger audience is vital to Walmart’s long-term outlook, especially as more digitally native generations move into their prime consumption years.”