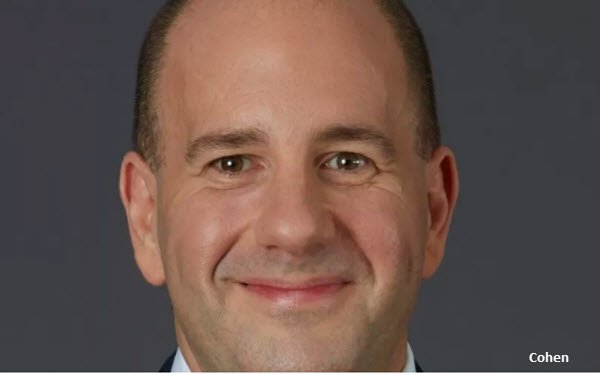 Cohen, who joined as president this past March after more than two decades at media agencies, succeeds Randall Rothenberg, who has helmed the digital media and marketing trade association for 14 years.

Rothenberg will stay on at IAB as executive chair through 2022, reporting to Cohen and advising Cohen and the IAB board of directors.

Cohen will serve as CEO of both IAB and the IAB Tech Lab, an affiliated global trade association dedicated to the development of industry technical standards, led by Dennis Buchheim.

Cohen, whose background includes having served as president, North America of IPG’s Magna media research and investment unit, will report to the IAB board. Rik Van der Kooi, corporate vice president at Microsoft Advertising, currently serves as interim board chair.

Joining IAB as the COVID-19 quarantine went into effect, Cohen oversaw the transformation of this year’s IAB NewFronts and IAB Podcast Upfront to virtual formats.

He also took charge of the IAB’s Tele://Vision campaign, aimed at changing the way video is bought and sold, and its News Saves Lives initiative, which gives advertisers tools to achieve brand safety objectives without undermining news content and media.

Cohen “aggressively reorganized IAB around a set of strategic campaigns aimed at boosting members' revenue growth, reducing their costs, mitigating their risks, and enhancing their diversity and inclusiveness,” according to IAB’s announcement.

IAB will continue to focus on issues including privacy, addressability, measurement, brand disruption, and emerging consumer trends under Cohen’s leadership.

"In less than a year as president of IAB, David Cohen has vastly increased the size of our media marketplaces, brought an unprecedented number of industry captains into our leadership councils, transformed the timeliness of our strategic initiatives, and injected new enthusiasm into our already energetic leadership team," stated Rothenberg. "He is a true leader with the steadiness, strategic insights, and experience necessary to take IAB and the digital marketing and media industries through the economic recovery and ultimately to the next level of growth. The Board and I felt strongly that there was no reason to wait. He should be our CEO now."

Rothenberg became CEO of IAB in January 2007, after a career as a journalist, author and management consultant.

During Rothenberg’s tenure, IAB tripled its membership to 750 companies and quintupled its annual revenues, to $30 million, according to the association.

IAB also established 47 national and regional IABs around the world, and joined with other trade associations to create the Digital Advertising Alliance, the Trustworthy Accountability Group and the Partnership for Responsible and Addressable Media.