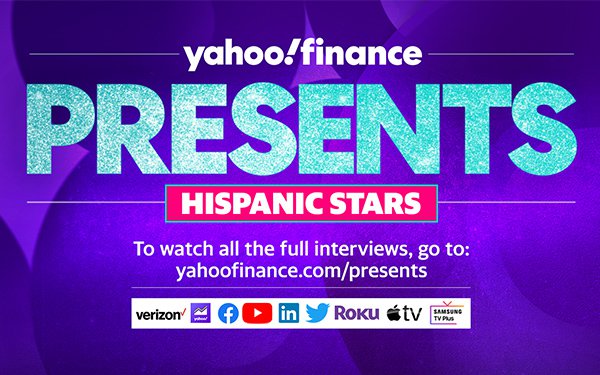 Verizon Media is launching a number of initiatives across its portfolio of brands in honor of Hispanic Heritage Month, beginning on September 15.

“Verizon Media is committed to providing our global audience with trusted and accurate content that reflects timely issues and provides the perspective of diverse voices,” Joanna Lambert, head of consumer at Verizon Media, told Publishers Daily. “As we near this pivotal election season, it’s imperative for our brands to continue to use our platforms to foster diversity and to empower users with the tools and information they need to make informed decisions.”

According to Comscore data cited by Verizon Media, the company holds the No. 1 spot in the media category for Hispanic unique visitors.

Verizon Media’s Yahoo News will kick off the month on Tuesday with a 40-minute livestream event called “Count Us In.”

The panel discussion will feature influential people from the Latinx community, including Arturo Vargas, CEO of NALEO Education Fund; Tom Saenz, president and general counsel at MALDEF; and Clarissa Martinez, deputy vice president of police and advocacy at UnidosUS.

The conversation will be moderated by TV anchor and host Diana Alvear.

Viewers can tune in at Yahoo News, Yahoo Home and Yahoo’s channels on social and OTT platforms, including Roku and Apple TV.

Each episode will feature a discussion on some of the challenges facing Hispanics today. The series premieres on Sept. 15, with new episodes throughout the month.

Guests include Mel Martinez, former Republican Senator of Florida; Dr. Ellen Ochoa, the first Hispanic woman to go to space, and Nina Vaca, the chairman-CEO of Pinnacle, among others.

HuffPost will have a dedicated landing page for Latinx and Hispanic news and stories covering inspiring change makers, trailblazers and influencers, called “Quienes Somos” ("Who Are We?").

It will also unveil a project focused on Latinx photographers, artists, illustrators and other visual artists. Content will begin rolling out on Sept. 28, with original AR visual storytelling pieces and video, and Q&As with artists.

HuffPost has a yet-to-be-named sponsor for all of its Latinx coverage beginning on September 28.

Videos will feature big names in the Latinx community, including Geraldo Rivera, Michelle Rodriguez, John Leguizamo, Camila McCounaughey and others.

Separately, on Monday, The Paley Center for Media announced a partnership with Verizon that gives the company exclusive streaming rights to the Paley Center’s lineup of 2020/2021 signature events.

As part of the partnership, Verizon Media’s brands will have the rights to livestream and broadcast programs from the cultural institution, such as PaleyFest Fall TV Previews, PaleyFest Fall 2020, PaleyFest LA Spring 2021, Paley Front Row, A Tribute to Hispanic Achievements in Television and the Paley International Council Summit.