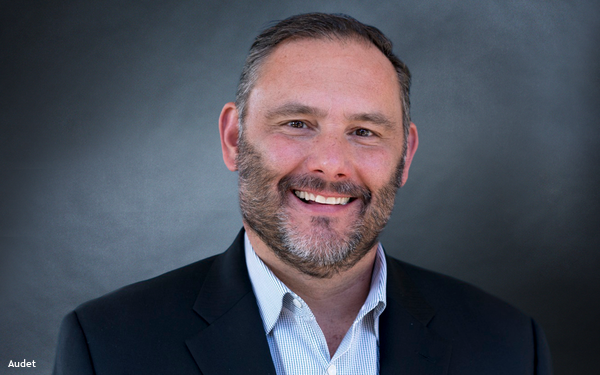 Based out of the company’s Irvine, California, headquarters, Audet will report to Jim Lievois, executive vice president. His appointment is effective Sept. 15.

As a part of the U.S. leadership team, he’ll engage expertise across the organization. He’ll also partner with Mazda’s dealer network to create an engaging customer experience.

“Brad has been leading the marketing team as interim CMO since March and has successfully guided our marketing operations during this time of unprecedented uncertainty and volatility,” MNAO President Jeff Guyton said in a release. “Looking ahead, I am confident Brad will continue this trajectory, leading a seamlessly integrated marketing division that adapts quickly and intelligently to the ever-changing consumer landscape.“

Audet joins MNAO with more than 29 years of marketing experience. Most recently, he spent seven years as the general manager and executive vice president of Garage Team Mazda, WPP’s bespoke integrated marketing agency for Mazda. Audet served as a strategic counselor to the Mazda executive team.

Mazda is a small brand that deserves to be on more shopping lists, says Ian Beavis, chief strategy officer for consultants AMCI and former top marketing executive for Kia and Mitsubishi.

“It is not for everyone nor should it be. Its challenge is to find and consistently communicate with an audience who value its beautiful design, unique engineering and driving dynamics,” Beavis tells Marketing Daily.

“Mazda is on the right track,” Krebs tells Marketing Daily. “It is performing better than the industry.”

“In terms of consumer perception, Mazda is moving to exactly where it has said it wants to be: affordable premium/luxury,” Krebs says.

In the second quarter 2020 Kelley Blue Book Brand Watch (non-luxury), which measures consumer perception through surveys and shopping consideration, Mazda claimed two No. 1 spots in the 12 factors that are most important to consumers.

Robert Passikoff, founder and president of Brand Keys, a brand research consultancy, notes that Mazda does not show up  in the top 100 on the Brand Keys 2020 Loyalty Leaders List, released today.

“Its absence tells us a lot about the brand and how the brand has not created the kind of emotional engagement a brand needs generally, and specifically during medical and economic pandemics,” Passikoff tells Marketing Daily. “The problems is that the brand has relied on establishing value and engagement via outreach on various social platforms and think that’s an acceptable brand sales funnel. It isn’t. What works in Japan doesn’t seamlessly fit into the U.S. marketplace.”