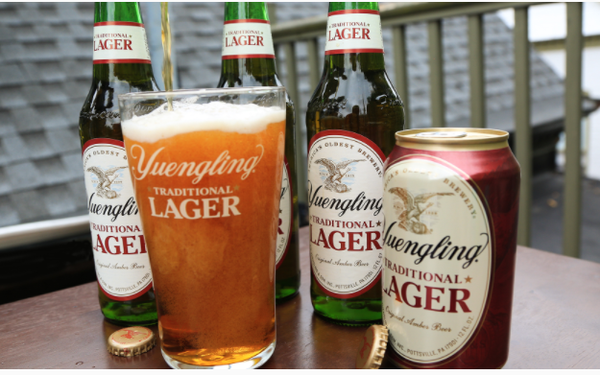 The original Yuengling business in the states where it’s long been available stays the same, under the sixth-generation leadership of Wendy Yuengling, officially the chief administrative officer.

The Yuengling brand dates back to 1829, and to some beer drinkers, especially transplanted Easterners who can’t get it in the West right now, it’s a brew they’re clamoring to drink again.  That’s the inverse of Coors geography in the 1970s, when it was based in Colorado and hard to get on the East Coast.

Other beer brands swallowed up by bigger competitors have fought the consumer perception that the new product just wasn’t the same. Likewise, Wendy Yuengling stressed that nothing about the beer will change.

“We’re the same beer brand people have known and loved for more than 190 years. We would do nothing to upset that,” she said.

Marketing the brand stays with the home company based in Pottsville, Pennsylvania, too.

Molson Coors will handle the distribution.

“That’s not the hardest part,” Gavin Hattesley, the Molson Coors CEO, joked. “Tens of millions of people have always wanted the chance [to drink Yuengling]. It will be easy to get it on shelves. We think it’s going to be big for both of us.”

The introduction to the West (and to parts of three New England states where it’s not available now) won’t happen until next year.

As both companies would like to see it, this is just a way to expand. “We’ve been talking about this for years,” Wendy Yuengling said. “The timing just seemed right.”

She denied a published report that the partnership came about because both beer companies had been hurt by the pandemic, though sister Jen Yuengling, who handles beer operations,  didn’t deny things are tricky right now.  “It’s been tough," she says. "Thirty percent of our sales are on-premise, so we certainly took a hit.” All beer sales were hurt by COVID-19, especially those of  small craft brewers.

And though it hardly fits the image, right now Yuengling is a craft brewer, which by definition means it brews fewer than six million barrels a year, according to the Brewers Association.

Yuengling  is the largest craft brewer in the nation, and simultaneously it is also the seven largest brewer, overall.

It is also independently owned by Brewers Association criteria, which prohibits a conglomerate like Molson Coor from owning more than 25% of it. Bart Watson, the chief economist for the group, said that it may be able to keep that designation, but not count the sales volume from the expanded territory. Wendy Yuengling said,  “We’re not concerned if we’re considered craft or not craft.’