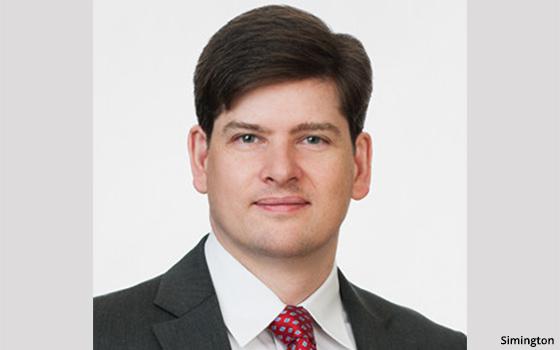 The White House has nominated telecom lawyer Nathan Simington, who reportedly assisted President Trump in his effort to crack down on social media companies, to replace Michael O'Rielly as commissioner of the Federal Communications Commission.

Simington currently serves as a senior adviser at the Commerce Department's National Telecommunications and Information Administration.

He reportedly helped write Trump's executive order on social media, which directed the Commerce Department to petition the FCC for regulations tying the web publishers' legal protections for users' posts to the companies' content moderation policies.

Trump issued the executive order after Twitter alerted users to questionable claims in two of his tweets. The NTIA filed a petition for regulations in July, and the FCC is considering the request.

Trump rescinded O'Rielly's renomination to the agency in August, soon after he suggested the First Amendment prohibits the types of regulations sought by the White House.

“Like it or not, the First Amendment’s protections apply to corporate entities, especially when they engage in editorial decision making,” he asserted in a speech delivered to The Media Institute. “I shudder to think of a day in which the Fairness Doctrine could be reincarnated for the Internet, especially at the ironic behest of so-called free speech 'defenders'."

The FCC's two Democratic commissioners, Jessica Rosenworcel and Geoffrey Starks, have already called for the White House's petition to be dismissed.