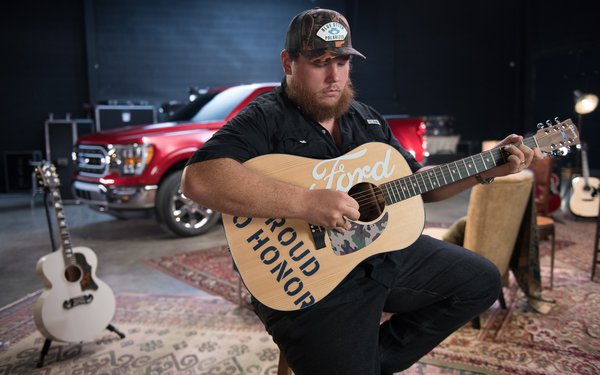 Combs and the Ford F-150 pickup truck will  appear in a special moment paying tribute to vets ahead of the 55th Academy of Country Music Awards tonight on CBS.

The activation is part of Ford’s Proud to Honor initiative, says Mark LaNeve, Ford vice president, U.S. marketing, sales and service, adding that the automaker has  supported the military and veterans for nearly a century.

In the segment during the show, Combs surprises Guitars 4 Vets at a meeting when he arrives in an F-150, hands custom Ford Proud to Honor guitars to vets, and teaches a lesson.

A donation of $25,000 worth of custom guitars will be used to help veterans with PTSD experience the healing power of music. The custom guitars feature camouflage pick guards, Ford logos and the Proud to Honor name.

Proud to Honor aims to raise awareness, strengthen existing programs and create an even more meaningful connection with service members.

Ford  is also hosting a sweepstakes on the Proud to Honor webpage with a chance to win a 2021 Ford F-150 and to see Luke Combs live in concert. The contest runs through March 31.