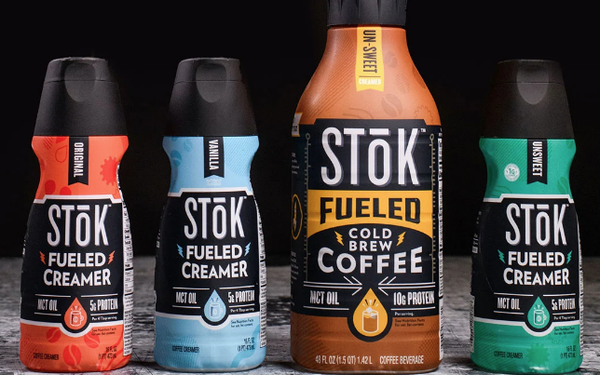 The at-home coffee market will benefit more than any other nonalcoholic beverage category from the short- and long-term changes brought on by COVID-19 and the attendant recession.

That’s one of the main takeaways from a consumer survey by research provider Mintel.

It’s no secret that morning food and beverage routines have changed dramatically, given remote work and unemployment. Foodservice providers at every level of the QSR chain can attest to that.

Just this week, Dunkin’ announced a delivery deal with DoorDash for some 3,500 of its restaurants. Combined with other platforms, that expands to approximately 6,000 the number of the company’s nearly 9,600 locations that offer delivery.

Mintel’s insights from 2,000 adults concludes that affluent people working from home are an opportunity not only for “products/gadgets/machines” that allow them to create their own specialty coffee drinks, but for premium coffee brands as well.

In this interview, Caleb Bryant, associate director, food and drink at Mintel Reports U.S., talks about the implications going forward for coffee brands—including category stalwarts that are “stuck in the middle” of consumer preferences.

CPG FYI: Your data show a correlation between the Great Recession of 2007-08 and what’s happening now. Please explain.

Bryant: The home coffee market grew throughout the Great Recession for the simple reason that consumers were drinking more coffee at home. Also, there was a rapid adoption of single-cup brewers. More affordable ones were coming on the market, and consumers were drawn to the convenience of these products.

A big contributor [now] is going to be the rise of remote work. The recession’s going to end, the pandemic is going to end. But the shift in consumers working from home—or having more flexible, work-from-home office policies—is going to largely benefit the home-coffee market. People will be drinking coffee at home rather than picking one up on their commute to work or having free office coffee.

CPG FYI: Why is Gen Z so big on RTD coffee?

Bryant: Teenagers and young adults primarily enter the coffee market through RTD or iced coffee from a foodservice establishment. Very few young people begin by drinking black coffee or hot coffee. This was true of the millennials, but I would say even more so with GenZ. They have even more options available to them.

CPG FYI: What does this mean for coffee brands?

Bryant: The big opportunity in RTD coffee is multi-serve or multi-format. By that I mean 48-once containers, or a six-pack of single-serve RTDs. RTD might see a bit of a slowdown, because it tends to be much more of an impulse-led purchase. Those shopping occasions are down. But there’s a big opportunity right now with more people at home for these multi-serve pack sizes.

CPG FYI: Coffee with functional ingredients doesn’t seem in big demand. Why is that?

Bryant: Functional coffee is a really interesting topic because it’s something that the industry has been looking at for quite a long time. When it comes to ground coffee, consumers expect it to just be coffee. It just seems like the trend of functional coffees hasn’t really popped yet.

CPG FYI: But that’s not the case with creamers?

Bryant: I think creamers can bridge the gap between regular coffee and added, functional benefits. A lot of the fastest-growing creamer brands offer some kind of functional benefit. They might be high in protein, they might be non-diary. There’s keto creamers and some with [medium-chain triglyceride] oil for sustained energy.

Creamers offer a kind of flexibility. So you might want your regular cup of coffee in the morning. But if you’re looking for that added functional benefit perhaps later in the day, you can get that via the creamer itself.

CPG FYI: What’s happening to some of the iconic coffee brands?

Bryant: With mid-tier, national brands like Folgers, Maxwell House and Yuban, we actually saw their sales have decreased from a year ago. It’s kind of surprising because it means they did not get that bump from the pandemic panic buying—at least in the initial stages. These brands are very much kind of stuck in the middle.

Right now and in the near future, consumers are either going to be trading up or trading down. Those who want to treat themselves to premium and foodservice-branded coffees are going to go for that affordable luxury. Consumers who are struggling financially may trade down to budget-tier or private label coffee. This is really a continuation of a trend that’s been going on, but I think it’s just going to accelerate.